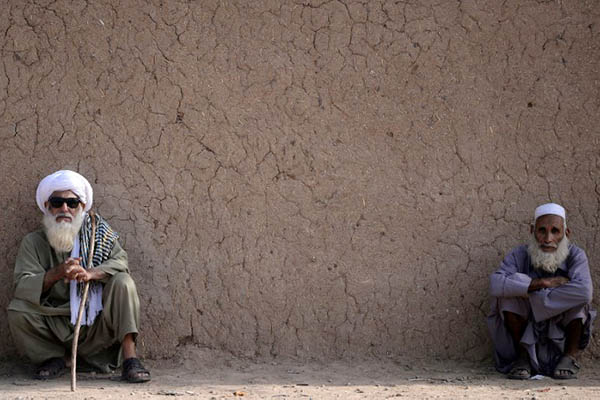 Shahzad Alam has proposed marriage to several women and been rejected each time for the same reason, he says: their discovery that he is not the Pakistani shoe shop owner they thought he was, but an Afghan refugee.

His romantic future could be given a boost by Prime Minister Imran Khan, who has ignited a national debate with a controversial vow to grant citizenship to Afghan refugees born in Pakistan—potentially creating more than a million new citizens.

Pakistan is one of the largest refugee-hosting nations in the world, home to an estimated 2.4 million registered and undocumented people who have fled Afghanistan, some as far back as the Soviet invasion of 1979. But many Pakistanis view them with suspicion, accusing them of spurring militancy and criminality, and calling for them to be sent home.

Under Pakistan’s Constitution, anyone born in the country after 1951 has the right to citizenship. But feeling against the refugees is so strong that no leader has dared take moves to implement the policy—Khan’s promise is the first time any Pakistani premier has made such a vow.

As the debate continues in the country’s newspapers and on social media, salesman Alam’s life remains in limbo.

Alam speaks with a Pakistani accent, dresses in Pakistani fashions, and has lived all his life in Peshawar where he was born after his parents fled Afghanistan in 1979. Although he says women have asked him to propose marriage in the past, the relationship would always “end the moment we introduce ourselves as Afghan.”

The United Nations says there are 1.4 million Afghans registered as refugees in Pakistan, and estimates that some 74 percent were born there. Many live in camps, while others have created lives for themselves in Pakistan’s cities, marrying and raising children, opening shops and supporting themselves.

In one Peshawar bazaar, thousands of Afghans could be seen running hundreds of shops bursting with local and Chinese goods, fresh fruits, and vegetables—visible signs of their economic contributions.

“I feel like I am in my own village, my own country,” said Ashiqullah Jan, a 43-year-old refugee. But their status has always been temporary, with deadlines set for them to leave Pakistan repeatedly pushed back as the conflict in Afghanistan worsens.

Many analysts predict security will continue to deteriorate in 2019 despite a renewed push for peace talks. In 2016 a wave of forced repatriations from Pakistan to Afghanistan sparked fears of a humanitarian crisis. The decision by Khan is a significant departure from such policies.

“When you are born in America, you get the American passport… so why not here? How cruel it is for them,” he said when announcing the measure last September. Much of the outcry prompted by his words has been centered on security fears. Pakistan has fought a long and bloody war with militancy, with the Army often blaming extremists based in Afghanistan and claiming insurgents hide in refugee camps.

Khan has reiterated his support for the measure, but faced with the outcry has not yet formally taken it to Parliament.

Analyst Rahimullah Yusufzai warned that even if the prime minister—who has developed a reputation for U-turns since coming to power last July—does push the policy through, implementing it would take time. “It won’t be easy to give them citizenship or to develop a consensus on the issue in Parliament or in the country,” he said.

The United Nations refugee agency UNHCR has welcomed the move. “So many of the young Afghan refugees were born here and they only know Pakistan,” says country representative Ruvendrini Menikdiwela.

Most Pakistanis who spoke to AFP in the bazaars of Peshawar, whose proximity to the Afghan border has made it a center for refugees, remained staunchly opposed. The government should send the refugees home “as soon as possible,” said 42-year-old Rehman Gul.

Azeem Khan, a fresh produce seller, was one of the few Pakistanis supporting the move—but his stance sparked a heated argument among his customers.

Refugee Khayesta Khan, one of the customers, said there was “nothing left” in Afghanistan but “the Taliban and Daesh and bombs.”

“I was born here… Pakistan is my country and I do not want to leave it,” he said as the fiery debate subsided.