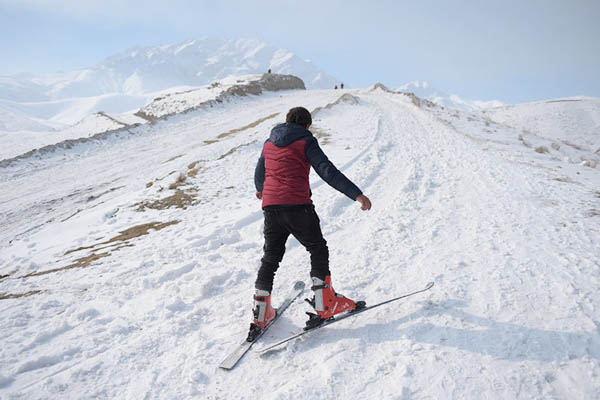 Two Afghan skiers have been selected for the 2018 Games marking the first time the war-torn country will raise its flag at a Winter Olympics.

Sayed Alishah Farhang and Sajjad Husaini, who are training at Swiss resort St. Moritz, will compete in the giant slalom in Pyeongchang. Afghanistan Olympic Committee president Mohammad Zahir Aghbar entered the skiers on the sidelines of the Association of National Olympic Committees meeting in Prague.

“At the meeting which we had with the head of Korea’s Olympic Committee we registered two Afghan athletes for the Winter Olympics,” Aghbar told Afghanistan’s Tolo News in the Czech capital.

Afghanistan Ski Federation chief Mohammad Aslam Noori told AFP the pair’s selection marked “the first time in history” that Afghanistan would take part in the Winter Olympics. The Games will be held from Feb. 9 to 25.

Farhang and Husaini, who learned to ski on the snow-blanketed slopes of Bamiyan in central Afghanistan, said competing for their country at the Winter Olympics had been their dream. “We wanted to represent Afghanistan in a different way, to show the other countries that Afghanistan is not only war,” said Husaini.

The 26-year-old put on his first pair of skis in 2012 after returning from Iran where he had been living with his family as a refugee for 13 years. “We wanted to show a positive picture of Afghanistan to the world,” said 27-year-old Farhang, who began skiing in 2011. “It’s quite amazing,” he added.

The pair have just returned to Switzerland for their fourth winter of training under the guidance of their Swiss coach Andreas Hanni. They rely on the financial support of several foreign organizations.