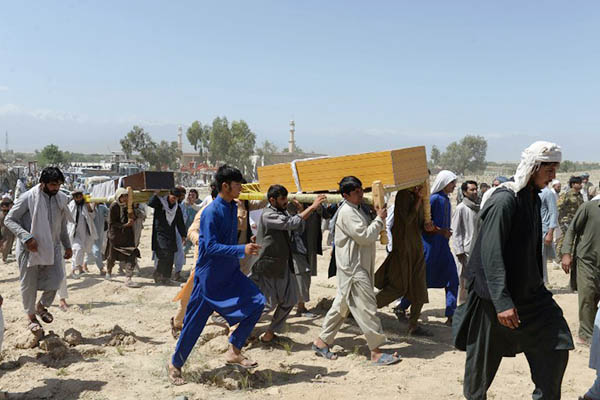 Afghan special forces have killed nine civilians in an apparently botched operation in the eastern province of Nangarhar, officials said on Tuesday.

The victims were related to Afghan Senate chairman Fazel Hadi Muslimyaar, provincial spokesman Attaullah Khogyani told AFP. “A delegation from Kabul has been sent to Nangarhar to investigate the incident,” he added.

The provincial health director confirmed the dead and wounded were brought to local hospitals in Jalalabad.

Details of the attack late Monday in Chaparhar district remained unclear and there was no immediate comment from the defense ministry. The Senate is parliament’s upper house.

Civilian casualties remain high in Afghanistan’s grinding conflict with more than 10,000 killed or wounded in 2017, according to the U.N.

The majority of casualties were caused by the Taliban and other militants. But pro-government forces, including international troops, were responsible for 20 percent of the civilian casualties last year—a seven percent increase from 2016.

The increase was partly due to a growing number of aerial bombings by Afghan and foreign forces, the U.N. said.

The U.S. is the only international force known to be carrying out airstrikes in Afghanistan.

Earlier this month President Ashraf Ghani apologized after the U.N. released a blistering report into an Afghan Air Force strike in Kunduz on April 2 which killed 36 people including 30 children.

The U.N. investigators could not confirm if the casualties in that incident were all civilians.