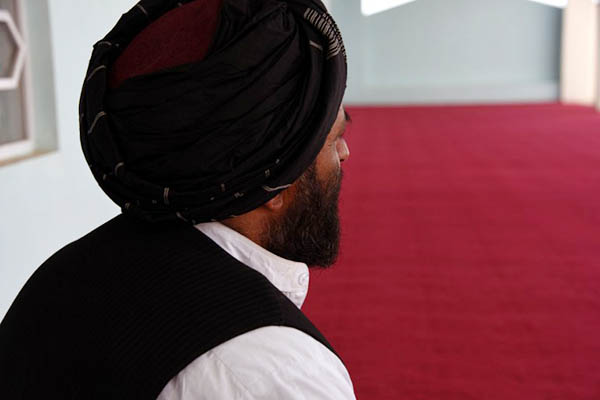 An Afghan strongman is giving sanctuary to Taliban fighters and their families who had sought haven across the border in Pakistan, building on a radical strategy to reduce Islamabad’s perceived influence on the insurgency.

Kandahar police chief Abdul Raziq last December called for a “safe zone” for Taliban militants, a contentious plan centered on Afghanistan’s longstanding accusation that the insurgency is fueled by Pakistan’s support in cross-border sanctuaries. Since then, around two dozen insurgents have sought sanctuary in the southern province—from senior commanders to low-level fighters—with Raziq’s trusted aide, Sultan Mohammed, instrumental in getting them to leave Pakistan, security sources say.

Three of them spoke to AFP by telephone from secret locations in Kandahar. All say they have been granted de facto amnesty, and some given housing and cash handouts in exchange for not returning to the battlefield. “Sultan Mohammed told me: ‘Come back to your country, your homeland without fear. I guarantee no one will touch you’,” 37-year-old Mullah Abdul Rauf, a former member of the Taliban’s economic commission, told AFP. “He came to the border in his car to receive my family,” said Rauf, who defected earlier this year from Quetta with his three wives and children.

Other Taliban figures who the sources claim sought refuge in Kandahar include senior commanders Malim Paida, Mohammadullah Khan and an insurgent leader known as Doctor Khalil—a longtime fugitive who escaped in a mass jailbreak in Afghanistan’s second largest city in 2011. While extracting a handful of cross-border militants is unlikely to significantly de-escalate the conflict, the effort underscores a new push by officials to shift what they see as the insurgency’s center of gravity from Pakistan to Afghanistan. But sheltering or ceding ground to insurgents with blood on their hands is a risky and controversial gambit.

The Taliban last week orchestrated one of the deadliest attacks on an Afghan military base since 2001, killing at least 144 people in an assault that has caused widespread anger and left security forces facing disarray. As the stubborn insurgency expands, Mohammed likens his effort to poking “small holes in a large dam,” intent on a piecemeal collapse of the structure. “The return of these Taliban figures will pave the way for others to come back,” he told AFP.

Minutes after Khalil crossed the border through the Pakistani town of Chaman this year, he says the Taliban began hunting for him. “They would have killed me for abandoning the movement,” he said.

Fatigued by war, from Quetta he reached out to Mohammed, who offered him sanctuary with the stipulation that he return with his family—seemingly a surety against him turning rogue. Once in Afghanistan, he said Mohammed offered him accommodation, food, and a one-time payment of roughly $200. Now he is helping Mohammed gather phone numbers of other Pakistan-based Taliban members willing to relocate.

“Many are tired of war and want to return, but are afraid of Pakistani intelligence on that side and of being arrested and tortured on this side,” Khalil told AFP. Like Raziq, Mohammed is a police commander well known for brutality but also credited for taming Kandahar districts that were once a hornet’s nest of insurgents. Taliban sources speaking to AFP inside Pakistan dismissed his efforts as an “enemy trap.”

Islamabad denies supporting the militants, saying it uses Taliban sanctuaries as a “lever” to pressure the group into talks with Kabul. But prominent Taliban figures have accused Pakistan’s Inter-Services Intelligence agency of manipulating the group.

Insurgent sources claim former Taliban leader Akhtar Mansour was trying to branch away from the ISI, forging ties with Iran, Russia and Arab world, before he was killed in a U.S. drone strike while exiting Iran.

Afghanistan’s National Security Council has refused to comment on the Kandahar strategy, saying only that the Taliban are allowed to relocate to Afghanistan under state protection. A top security official told AFP last year that the government’s goal “is to bring the Taliban from Pakistan to Afghanistan.” But the renegades interviewed by AFP say they are practically living in hiding as they fear revenge attacks.

Some have questioned the strategy’s usefulness. “There aren’t one, two, or three hundred Taliban,” said Kabul-based researcher Rahmatullah Amiri. “There are thousands and not everyone is in Pakistan. How will this plan make an impact?”

Mohammed said disarming and reintegrating even a few is worth the effort. Whenever his walkie talkie crackles with the voice of an insurgent, hurling profanities, threats and demanding that he return their seized weapons, he said he relays one key message: “Don’t fight another’s war. Come home.”