Afghan-Taliban Talks to Continue Next Week 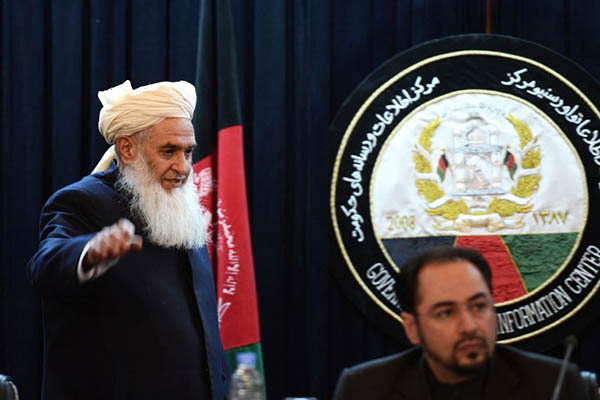 Officials say the second round has been set for July 30 or 31 but a venue has not yet been confirmed.

The next round of peace talks between the Afghan government and Taliban insurgents is scheduled for the end of July, officials said Friday, with the venue for the meeting still unconfirmed.

“The second round of talks… is set for July 30 or 31,” said Mohammad Ismail Qasimyar, a member of the Afghan High Peace Council (HPC), the government’s top peace negotiating body. He said China would “most probably” be hosting the meeting, but another HPC official said that had not been confirmed.

“The talks… are set for July 30 but discussions and consultation are ongoing between Afghanistan, Pakistan, the United States and China on where to host the meeting,” said HPC deputy chairman Abdul Hakim Mujahid. “Which country will be hosting the meeting has not been confirmed yet,” Mujahid told AFP.

Afghan officials sat down with Taliban cadres for the first round this month in Murree—their first face-to-face talks aimed at ending the bloody insurgency. They agreed to meet again in the coming weeks, drawing praise from Islamabad, Beijing, Washington and the United Nations.

The next round of negotiations were widely expected to be conducted after Eid ul-Fitr. But despite the willingness to engage in peace talks there has been no letup in militant attacks on foreign and government targets, leaving Afghan forces stretched on multiple fronts and inflicting a heavy blow on civilians.

A suicide bomber on Wednesday killed 15 people including women and children in a crowded market in the northern province of Faryab, as insurgents intensify their annual summer offensive launched in late April. And earlier this month 33 people were killed in a suicide attack at a military base in the eastern province of Khost and a few days later 25 civilians were wounded in a bombing inside a mosque in northern Baghlan province.