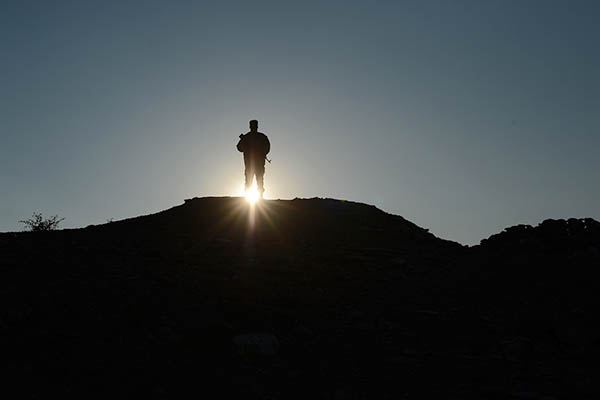 Taliban representatives are to meet U.S. officials in Qatar soon for possible peace talks on Afghanistan, sources from the militant group told AFP on Thursday.

There have been several fruitless attempts at dialogue in recent years between the Taliban and the United States, the Kabul government’s chief supporter, aimed at ending the 13-year conflict in Afghanistan. The timeframe for the latest round of meetings was not immediately clear, with one source suggesting it could begin as early as Thursday and another that it would more likely be in the coming week.

The Taliban opened an office in Qatar in June 2013 as the first move toward a possible peace deal, but it shut a month later after enraging the then-Afghan president Hamid Karzai by styling it as the unofficial embassy for a government-in-exile. The election last year of President Ashraf Ghani, who pledged to make peace talks a priority, as well as supportive signals from Pakistan, which has influence over the Taliban, has boosted hopes for possible dialogue.

“Five former members of the supreme council of the Afghan Taliban, headed by Tayyab Agha, will hold talks with the U.S.,” said a senior Taliban cadre based in Pakistan. A senior member of the Quetta Shura, the Taliban’s governing council, confirmed the news, saying Karzai’s departure as president had helped clear the way.

“This time the Taliban will speak to Americans face to face in Qatar, this is what Karzai was afraid of, he did not want Americans to represent the Afghan government,” the commander told AFP. An Afghan Taliban commander recently told AFP the militants thought Ghani was doing a “good job” in moving matters towards negotiations.

The Quetta Shura member stressed that the preliminary contacts announced Thursday did not mean the top Taliban leadership and its chief Mullah Omar had fully agreed to peace talks yet.

Agha, Omar’s former private secretary, is the head of a political branch of the Taliban that has been open to talks for several years. But his is only one part of the Taliban’s supreme council, which makes strategic decisions for the movement and has previously said it was against talks with the Americans as long as U.S. soldiers remained on Afghan soil.

In any event, the beginning of peace talks would not necessarily bring with it a Taliban ceasefire as a U.N. report published Wednesday revealed the bloody security situation facing Afghanistan. The number of civilian casualties in 2014 leapt by more than 20 percent from a year earlier, according to the U.N.’s annual casualty report, with most killed in ground fighting.

The U.S.-led NATO mission in Afghanistan ended its combat operations at the end of 2014, but a contingent of 12,500 foreign troops has stayed on to give training and support to Afghanistan’s 350,000 soldiers and police.

“The U.S., Afghan and Pakistan governments have all spoken about our shared interest in a stable, secure Afghanistan including progress on an Afghan led and Afghan owed reconciliation process,” a U.S. embassy spokesperson in Islamabad said. “We remain committed to additional progress toward this goal.”