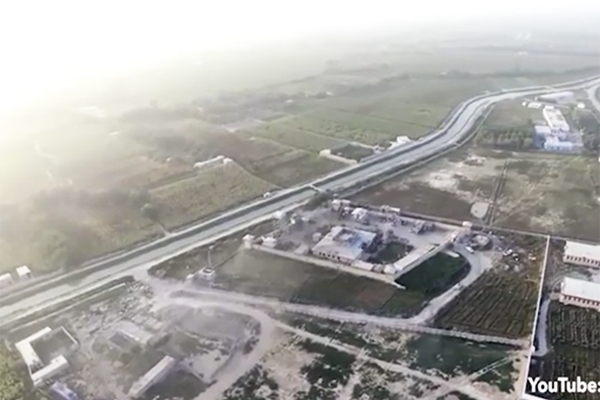 Video shows demolition of military compound after suicide bomber rams his vehicle into it.

The Afghan Taliban have released aerial footage of a suicide car bombing in southern Helmand province, marking the first time the media-savvy militant group has used a drone to record an attack.

The 23-minute video shows a suicide bomber ramming a Humvee into a military base in volatile Nawa district, triggering a mushroom cloud of flames and smoke and razing the entire compound. With pro-Taliban poems playing in the background, the video reported Tuesday by the U.S.-based SITE Intelligence group shows a turban-clad bomber in front of a Humvee, hugging fellow fighters before he departs.

The camera mounted on a drone shows a birds-eye view of the target, tracking his Humvee as it strikes the base without any apparent resistance, causing a massive explosion. The video, which could not be independently verified, is the first drone footage released by the Taliban. The Afghan defense ministry in a statement rejected it as “propaganda.”

Once seen as uneducated thugs, the Taliban have developed a savvy PR team who use digital technology to reach out to audiences worldwide. When the Taliban ruled Afghanistan between 1996 and 2001, almost all electronic products were outlawed as un-Islamic. But the Taliban have avidly embraced electronic communication and social media in recent years as a recruitment tool and to promote their propaganda.

The Taliban now have a robust social media presence and a website in five languages including English.

In April, Google removed a Taliban smartphone app from its online store, countering the insurgent group’s increasing efforts to boost its global visibility.

Afghan authorities in June banned media companies from using drone cameras, citing security concerns in a country well known for the rampant use of unmanned military aircraft. The United States often uses military-grade drones to target the Taliban and other insurgent groups.