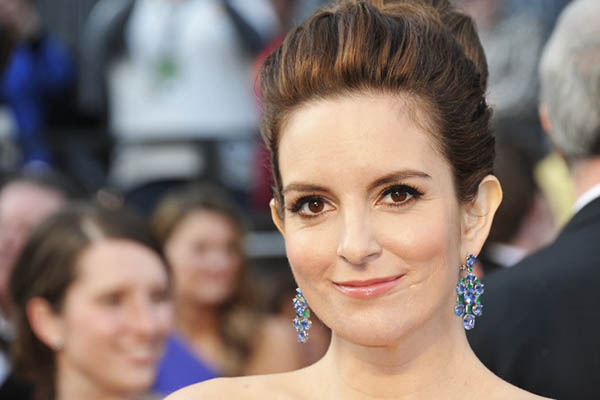 ‘Whiskey Tango Foxtrot’ is based on the memoirs of American reporter Kim Barker.

War in Afghanistan may be no laughing matter but a new comedy starring Tina Fey based on the memoir of an American war reporter opens next week as a modern-day Carry on Up the Khyber.

The action is basely loosely on The Taliban Shuffle, a pithy 2011 memoir written by journalist Kim Barker of her time as South Asia bureau chief for The Chicago Tribune from 2004 to 2009. The book is a hilarious romp round Afghanistan and Pakistan by a reporter dropped in at the deep end to confront war and cultural differences, party with the expat set and juggle unsatisfactory romantic entanglements.

“There actually are so many great war comedies,” Fey told reporters, defending the decision to make Hollywood entertainment out of a conflict that last year recorded 11,002 civilian casualties—the highest number since 2009. “This movie at its core I think is a human story, it’s about relationships,” said Fey. “It’s about a woman who’s sort of making a choice to blow up her existing life and go on this adventure, for lack of a better word.”

The movie focuses on Afghanistan, deleting Barker’s adventures in Pakistan and her account of being allegedly romantically pursued by former Pakistani prime minister Nawaz Sharif, who was re-elected two years after the book was published.

WTF changes Barker’s name to Baker, re-packages her as a TV producer and inserts an amorous Afghan attorney general who has a crush on her. Much of the script is made-up—including a rescue of her kidnapped boyfriend—but the movie captures the spirit of the memoir before accelerating Taliban attacks shut down much of Kabul’s high-octane, expat scene.

In a sequence of events that would make any journalist green with envy, the film came about after Fey read a New York Times review of the book comparing Barker to “a sort of Tina Fey character.”

“Because I’m an egomaniac and a moron, that really spoke to me… so I got hold of the book,” Fey said. She “loved” it and quickly set about getting it adapted.

Barker said it was exciting to be played by one of America’s most acclaimed female comedy stars, and appeared philosophical about the changes inevitable in adapting a book to the big screen. “It’s Hollywood,” she said. “You can’t get too wrapped up in it.”

Filming in Afghanistan was never an option, so the production team scoured locations in Israel, India and Abu Dhabi before settling on New Mexico, home to hit TV narcotics thriller Breaking Bad.

One success of the movie is the believable set. Street scenes resemble those in Kabul. Fey’s interactions with the military also ring true. A U.S. para-jumper who lost a leg in Helmand and an Afghan former translator for the U.S. military, worked as advisers.

Iranian-born filmmaker Gelareh Kiazand traveled to Kabul to capture footage, and so the staging was a mix of digital tricks and giant sets, including parts of New Mexico’s state penitentiary turned into Kabul airport.

Barker said she had seen the movie twice—the first time “terrified” with her brother—but said she was “really pleased” with the result. “I think that it is really accurate to my narrative arc and to the absurdity of how we lived over there and to the sadness that we saw and to the war that continues to go on in Afghanistan,” she said.

If Barker’s book was criticized by some for focusing too heavily on her escapades, the political context she offered has been lost entirely. “To me, as a dumb American, Afghanistan I could get my mind around,” said screenwriter Robert Carlock. But Pakistan, a nuclear ally of the United States accused of sponsoring the Taliban, was a step too far.

War fatigue is high in the United States. Nearly 10,000 U.S. troops are still based in Afghanistan and yet the 14-year conflict barely features in the 2016 race for the White House. A comedy can sell. A serious movie, perhaps not.