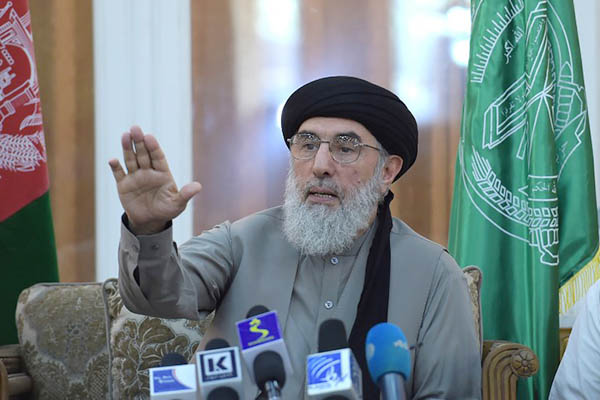 Infamous Afghan warlord and ex-prime minister Gulbuddin Hekmatyar rejected any increase in U.S. troops on Saturday as he said elections were the only way to bring stability to the war-torn country.

The 70-year-old, known widely in the international press as the “Butcher of Kabul,” told reporters that Afghanistan desperately needed “a strong central government led by a powerful president.”

“Without this it is impossible to bring peace and stability to the country,” he said, in his first press conference with foreign media since returning to Afghanistan after more than 20 years in exile.

Hekmatyar, a two-time prime minister, is one of the most notorious warlords in Afghanistan’s history and is accused of killing thousands of people during the bloody 1992-1996 civil war. He is back in the political mainstream after returning to Afghan public life in April due to a landmark, but hugely controversial, peace deal he signed with the Kabul government.

“Hezb-i-Islami is ready to co-operate with the government and bring in security and stability unconditionally,” Hekmatyar said, referring to the largely dormant militant group he heads. “We accept that elections should be the only way to get to power and the participation of political parties in elections is the only way forward,” he added.

Hekmatyar, white-bearded and wearing his trademark black turban, also said that Donald Trump would be wrong to send more American troops to Afghanistan, something the United States president is believed to be considering. America has about 8,400 soldiers in the country, well below their presence of more than 100,000 six years ago.

“The current war cannot be won by increasing the number of foreign troops,” said Hekmatyar. “We want the international community to help Afghans stop foreigners and neighbors from interfering,” he added.

Hekmatyar is one of several controversial figures that Kabul has sought to reintegrate in the post-Taliban era. General Abdul Rashid Dostum, another warlord, is Afghanistan’s first vice president.

The peace deal Hekmatyar signed with Kabul in September, in return for judicial immunity, was Afghanistan’s first such agreement since the Taliban launched their insurgency in 2001. It marked a symbolic victory for President Ashraf Ghani, who has struggled to revive peace talks with the more powerful Taliban. But it has angered human rights groups and Kabul residents who survived the civil war.

Hekmatyar, a prominent anti-Soviet commander in the 1980s, fled Afghanistan as the Taliban took power in 1996. During his exile he was believed to be in hiding in Iran and perhaps Pakistan, but his group claimed he remained in Afghanistan.

Hekmatyar dismissed fears that I.S. fighters, on the back foot in Iraq and Syria, were arriving in Afghanistan. “The Daesh [I.S.] fighters in Afghanistan used to be with the Taliban,” he claimed, adding that they had just changed the flag they were fighting under.