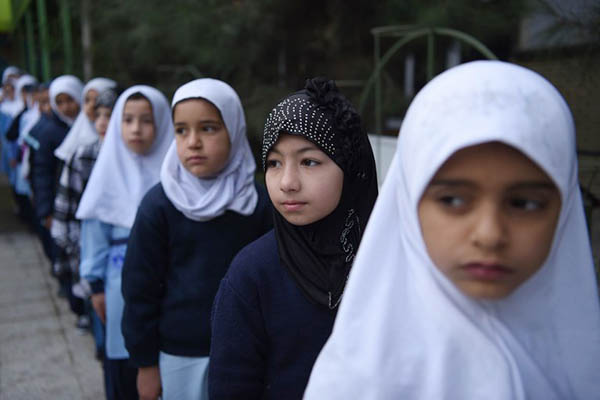 Campaign aims to pressure government, the Taliban and the U.S. into ensuring women’s rights aren’t rubbished in bid to achieve peace

Kobra Samim, who rides for Afghanistan’s national cycling team, wrote on Facebook that women’s participation in sport is her “red line” as the U.S. tries to forge a peace deal with the Taliban. Former politician Farkhunda Zahra Naderi tweeted that the protection of female leadership roles should be non-negotiable. And activist Samira Hamidi is demanding that women be included in the peace talks.

Across Afghanistan, women have taken to social media to join a campaign dubbed #MyRedLine that aims to pressure the government, the Taliban and the United States into ensuring women’s hard-won advancements are not tossed aside in a rush for a peace accord.

“If the Taliban come back, we won’t have the right to education, sports, and we will even be banned from coming out of houses,” Samim, 23, told AFP as she adjusted the saddle on her mountain bike before setting off along a run-down Kabul street. “We want peace, but also we want to continue our sports and cycling.”

Farahnaz Forotan, a journalist and activist who started the #MyRedLine campaign with support from U.N. Women Afghanistan, said her own red line was “my pen and my freedom of expression.”

“If peace doesn’t bring social justice to all victims of war in every corner of the country, then it won’t be a stable peace,” Forotan told AFP. She said the #MyRedLine hashtag had been shared or retweeted thousands of times since the social media campaign was launched last month, with even President Ashraf Ghani tweeting that women’s rights were the government’s “red line” in the peace process.

The campaign is also being shared on Facebook, in English, Pashto and Dari.

Before being toppled by the U.S. invasion of 2001, the Taliban governed Afghanistan for nearly five years with a strict interpretation of sharia.

Women were confined to their homes, forced to wear burqas and forbidden from going to school. Some were publicly stoned to death on flimsy allegations of adultery. “Women were more vulnerable than anyone during the Taliban regime,” Forotan said.

The United States is holding direct talks with Taliban leaders—all men—in a bid to forge a peace deal. Two Afghan women were invited to informal talks in Moscow in February between the Taliban and Afghan representatives, but their presence was very peripheral.

A second, similar summit between Afghan delegates and the insurgents that was to take place in Doha this weekend and had been set to include more women has been postponed indefinitely.

International observers have blasted the talks, led on the U.S. side by peace envoy Zalmay Khalilzad, for their lack of female inclusion. Other social media hashtags such as #afghanwomenwillnotgoback have also gained traction, and Khalilzad appears to have taken note.

On a trip to Afghanistan this month, the Afghan-born American envoy met with locals from all walks of life and with women’s groups.

The Taliban, however, appear unmoved. Spokesman Zabihullah Mujahid recently tweeted to deny reports that women were being included in the Taliban negotiating team and “neither do we believe it is necessary.”

Heather Barr, the acting co-director of the Women’s Rights Division at Human Rights Watch, said the online campaign was encouraging. “They’re up against tough odds at the moment, but their efforts are a sign that Afghan society is changing in fundamental ways, regardless of the outcome of these talks,” Barr told AFP.

In the United States, powerful women are lending their voices to the Afghan campaign. Senator Jeanne Shaheen, who sits on the influential Senate Armed Services Committee that oversees the U.S. military, said such a move is key.

“Women’s interests, as well as the interests of a broad segment of Afghan society need to be included as part of any negotiation,” Shaheen told a group of journalists on a visit to Kabul this week. “It is vital for women to be included in talks with the Taliban.”

American actor and United Nations special envoy Angelina Jolie brought some celebrity power to the campaign last week, penning an opinion piece in Time magazine calling for women to be included in “significant” numbers. “Afghan women must be able to speak for themselves,” Jolie wrote.