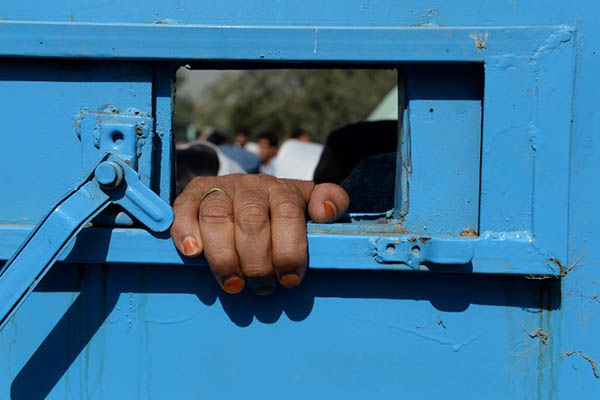 The married woman faces charges under the moral crimes section of Afghan law, which carries a jail sentence

Afghan police have arrested a married woman who allegedly appeared in a viral video having sex with a self-proclaimed mullah, an official said on Thursday, as a nationwide search for the man continues.

The woman, a police officer in the northwestern province of Faryab, was detained after she was identified by her colleagues from the videos that have been widely shared on social media, said attorney general spokesman Jamshid Rasooli. She faces charges under the moral crimes section of Afghan law, which prohibits adultery. The offense carries a jail sentence.

Another female police officer also has been arrested for allegedly encouraging the woman to see Mullah Rasool, a traditional healer, for her fertility problems.

The officer allegedly helped Rasool film the illicit sexual encounters and use the videos to blackmail the woman into having sex with “multiple men,” including a traffic police officer, who also has been detained, Rasooli said.

The woman said she was “not in a normal condition” when she had sex with Rasool, suggesting she may have been drugged. She also said that she did not know she was being filmed.

Other women who appeared in the videos, which have been viewed hundreds of thousands of times on Facebook and YouTube, have not been found, according to local officials.

Rasool, who wrote amulets for clients, is accused of sexually exploiting and raping several women who had gone to him for help. He is on the run.

Traditional healers are much revered in the countryside, where illiteracy remains rampant and conventional health services are scarce.

Muslim religious leaders in Faryab have ordered Rasool’s death by stoning, while the provincial governor has offered his own car as a reward for information leading to his arrest.

While the identities of the other women are not yet known, their faces are clearly visible in the videos, raising fears they could be murdered by relatives in so-called “honor killings.”

Provincial women’s affairs department head Sharifa Azimi told AFP earlier the women had been “tricked” and has urged religious leaders to tell their worshippers that they are “innocent victims, not bad women.”

The videos have become a hot topic of conversation in Afghanistan where sex is usually a taboo subject and women are treated as second-class citizens. While Afghanistan has witnessed a sea change in women’s rights since the 2001 U.S.-led invasion toppled the misogynistic Taliban, many men still believe that women should be hidden from public view to protect their honor.