Afghanistan ‘Optimistic’ About Cooperating With Pakistan 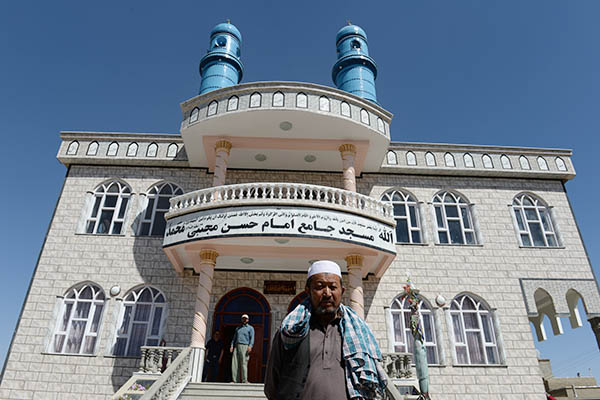 Foreign minister says Kabul encouraged by talks in Islamabad as intelligence hints at ISI’s role in attack on mosque.

Afghan Foreign Minister Zalmai Rassoul said Thursday he is optimistic that Pakistan’s new government is serious about cooperation, as Afghan intelligence officials said two members of a Pakistan-based militant group were shot when they opened fire on worshippers at a Shia Muslim mosque.

In an interview with Paris-based international news channel France 24, Rassoul said Kabul was encouraged by recent talks with Islamabad.

Afghan President Hamid Karzai was in Pakistan for two days last week and met with Prime Minister Nawaz Sharif for the first time since Sharif’s election in May.

“Stability in Pakistan cannot be achieved without stability in Afghanistan. That is something that is finally, I hope, understood by Pakistan,” Rassoul said.

Elements of the Pakistani state are widely accused of funding, controlling and sheltering the Taliban. Islamabad says publicly it will do anything to stop the fighting in Afghanistan

Rassoul said Kabul was “reasonably hopeful” of “much better cooperation” with the new Pakistani government. “I think there is a recognition in Pakistan today that Pakistan has tremendous economic and security problems, that these difficulties cannot be solved without cooperation with Afghanistan in the fight against terrorism,” he said.

Rassoul also said fears were overblown of the Taliban resurging when the bulk of Western forces withdraw next year. “The Taliban tried their best this summer to show that at the end of 2014 they are coming back. They did not succeed,” he said. “They have no attraction at all for the Afghan people because their job is killing, not giving a vision for the Afghan people.”

Rassoul said government forces were in control of 80 percent of Afghanistan and that the Taliban controlled “only one or two districts” in Helmand and Kandahar provinces. “I can assure you there is no way the Taliban can come back in Afghanistan,” he said.

Separately, Afghanistan’s National Directorate of Security said two attackers, disguised in police uniform, attacked a mosque in west Kabul with AK-47 rifles and pistols. “Two Pakistani nationals who were members of Lashkar-e-Jhangvi had orders from their masters to carry out brutal attacks on worshippers in the mosque in west Kabul,” it said in a statement. “Fortunately, the two terrorists were shot dead by Afghan intelligence forces in an exchange of fire,” it added.

Three Afghan worshippers were wounded and taken to hospital, according to the statement.

Lashkar-e-Jhangvi is one of Pakistan’s most violent anti-Shia militant groups and has links to Al Qaeda. It has been blamed for multiple attacks targeting Shias.

Kabul officials often accuse the Pakistani government and its intelligence agents of sheltering insurgents and supporting them in attacks in Afghanistan—allegations that Pakistan denies.

Pakistan and Afghanistan must deal directly with each other without any foreign intervention/pressure and correct their attitudes/approaches towards each other. They have to remember that they can’t have better friends than themselves. This is the principle followed successfully everywhere in the world and there is no reason why it can’t work in Pak-Afghan context. Be the masters of your destinies!
Your future generations deserve better and loving relations as neighbours. Don’t disappoint them.