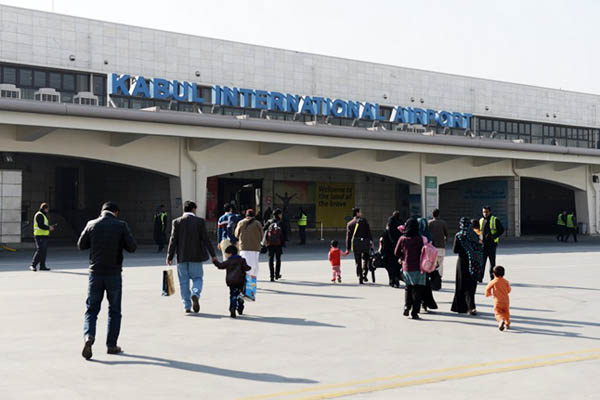 Businessmen, U.N. employees, journalists and athletes are among the people eligible for new facility.

Afghanistan is to issue visas on arrival as it seeks to cut red tape to boost business in the impoverished country, the foreign ministry said Wednesday.

The new scheme will allow certain foreign workers to receive a visa upon arrival at Kabul International Airport, now known as Hamid Karzai International Airport after the former Afghan president. The scheme is aimed in particular at investors in countries where Afghanistan does not have a diplomatic mission, the foreign ministry said.

“This will first prevent lengthy bureaucracy, secondly, businessmen and investors of those countries in which Afghanistan does not have a diplomatic mission and consulate will be able to easily receive visa from this office,” said the statement issued late Wednesday. “This is a facility for the internal and foreign investors and businesspeople in Afghanistan,” it added.

Others eligible include U.N. employees and members of other international organizations, as well as journalists, athletes, airline staff and passengers in transit, it said.

Under the new visa regime, foreign investors will also be able to receive a visa valid for up to three years, in contrast to the previous visas, which were valid for just six months. Economic development is considered a vital weapon to stop the country from sinking back into civil war after most of the U.S.-led international troops pulled out last year.