Afghanistan Wants to Play India, Pakistan Ahead of World Cup 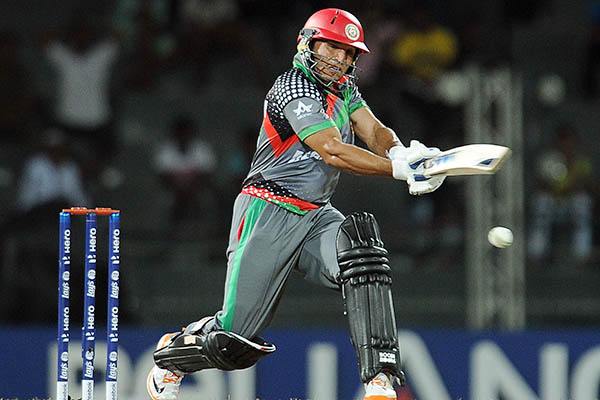 Afghanistan cricket coach Kabir Khan is pleading with India and Pakistan to help his team make an impact in their maiden World Cup appearance in 2015 in Australia and New Zealand.

Afghanistan booked their place in the game’s global showpiece by beating Kenya by seven wickets on Friday and now will look for crucial support from defending champions India and 1992 winners Pakistan.

“I would like to play more against the Full Member countries in the lead up to the World Cup,” said former Pakistan Test player Kabir, wary of the generally faster pitches in Australia and seam-friendly conditions in New Zealand. “I’m expecting that our neighboring countries like Bangladesh, India and Pakistan will play some matches against us and help us prepare for our biggest tournament.”

Afghanistan were playing in the fifth tier of international cricket just five years ago and have twice qualified for the World Twenty20 tournament, in 2010 and 2012. But one-day clashes with the world’s leading nations have been limited to just two—a seven-wicket loss to Pakistan and a 66-run defeat to Australia in Sharjah in 2012.

“I’m expecting a great response in Australia and New Zealand. The big teams will like to punish us but we’ll prepare as best as we can and try to show the world what we’re capable of,” added Kabir.

It will be a tough mission for Afghanistan who will play in Group A in the 2015 World Cup alongside four-time champions Australia, co-hosts New Zealand, Bangladesh, England, Sri Lanka and another qualifier that will be confirmed in February next year at the final qualifying round in New Zealand.

On Friday, Afghanistan dismissed Kenya for just 93 in the 44th over before they reached their target in the 21st over when captain Mohammad Nabi hit Shem Ngoche for a boundary through midwicket.

Nabi, who finished on 46 not out, and Hashmatullah Shaidi, put on 62 for the fourth wicket to bring their side home with 175 balls to spare.

Nabi smashed two huge sixes and three fours to assure his team of second place in the World Cricket League behind runaway winners Ireland who have also qualified for the World Cup.

Like many of his teammates, the 28-year-old Nabi was born in a refugee camp and learned the sport in a camp in the Pakistan city of Peshawar after his parents fled Afghanistan in the wake of the 1979 Soviet invasion. Nabi went on to make his first class debut with the MCC.

“I didn’t expect to play in a World Cup when I started playing cricket,” said Nabi. “But now I can cherish this moment and look forward to playing against the best sides in some of the best playing facilities. Playing in a World Cup will be one grade up and we’ll try to work hard and do better.”

Looking ahead to the World Cup, Nabi added: “We know about some teams but we’ll leave no stone unturned in our preparations and will try to give them a run for their money. There will be no pressure against Australia. We played against them in Sharjah and I had a good outing against them (making 46 runs) and maybe they’ll be a little scared with me.”

Ireland, who won the World Cricket League ahead of Afghanistan, will play in Group B in the World Cup, joining defending champions India, Pakistan, South Africa, West Indies, Zimbabwe and the fourth qualifier.