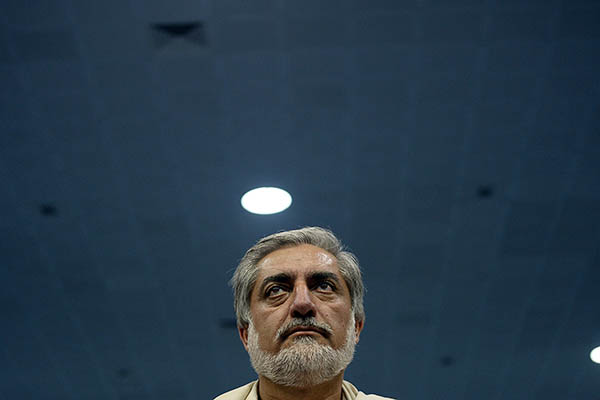 Afghanistan’s chief executive Abdullah Abdullah on Wednesday implored Indian businesses to invest in the conflict-torn nation where New Delhi’s regional rivals China and Pakistan have also been jostling for a foothold.

India is one of the leading donor nations to Afghanistan and the largest in the South Asia region, but trade between India and Afghanistan stood at just $683 million in 2013-14. “Our geographical position as a land bridge offers immense opportunities to investors in terms of trade, transit and connectivity,” Abdullah, a former anti-Taliban resistance fighter, said at a meeting with top industry bodies in the Indian capital. “It is imperative to harness this potential. The mutual goodwill that exists between our peoples and the leaders must translate into a mutually beneficial relationship,” he said.

Abdullah also said Wednesday he hoped a proposed Afghanistan-Iran-India transit agreement centered around the strategic Iranian port of Chabahar would “happen in near future.”

Last May, India signed a multi-million-dollar memorandum of understanding with Iran to develop the port on its southeastern coast, but the deal has been stuck since. “The development of Chabahar port in Iran is key to India-Afghanistan trade. It can act as a gateway towards opening new energy and trade routes not only in Afghanistan but in Central Asia as well,” he said.

Iran has been seeking international investment to help complete the port, which Kabul says will provide a gateway for Indian companies seeking to do business in Afghanistan and Central Asia, as well as in Iran. The port will help India compete with China, which is investing heavily in the Pakistani port of Gwadar, in the race to boost business interests in the region.

New Delhi has been a key supporter of Kabul’s post-Taliban government and Abdullah said their ties had been “re-energized” after Prime Minister Narendra Modi’s visit to Afghanistan in December.