Afridi Among 12 Players Fined for Being Out of Shape 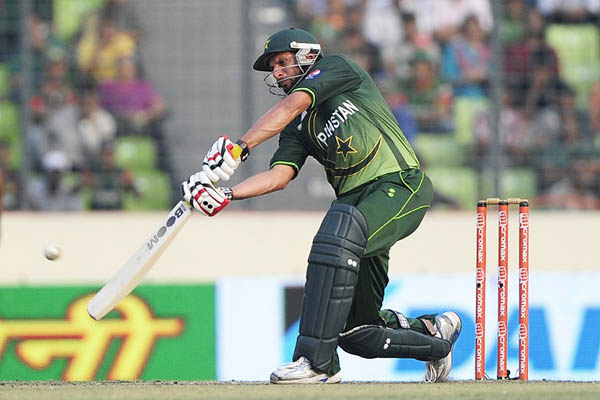 Shahid Afridi during the final of the last Asia Cup, 2012. Munir uz Zaman—AFP

Five players, including Misbah-ul-Haq, awarded bonuses for improving their fitness.

The Pakistan Cricket Board (PCB) set tough new fitness guidelines in June, warning that failure to stay in shape would lead to players having their salaries docked.

A PCB spokesman said the players were assessed against the guidelines earlier in September, and the 12 who failed would lose 25 percent of one month’s salary. “An assessment of 29 players’ fitness was carried out between Sept. 6 and 8, and 12 players did not meet the fitness standards,” said the spokesman.

But five others were rewarded with percent bonuses for improving their fitness, including Test and one-day captain Misbah-ul-Haq. “Misbah, Ahmed Shahzad and Bilawal Bhatti will get ten percent bonus while Shan Masood and Umar Amin will get 17 percent bonus of their monthly salaries,” the spokesman said.

All Pakistan players get monthly salaries ranging from Rs. 425,000 rupees to Rs. 100,000 under central contract categories A, B C and D. Afridi is in the A category while Akmal gets a B-group salary.