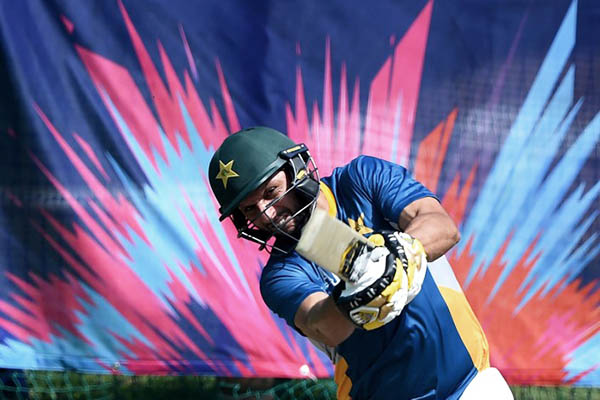 Shahid Afridi lifted the gloom enveloping the Pakistan Super League with a whirlwind half-century on Sunday but even his pyrotechnics failed to secure victory for his Peshawar team.

Afridi smashed a 28-ball 54 with five sixes and three boundaries but he fell in the last over as Peshawar, needing 17 to win, lost to Karachi Kings by nine runs.

Chasing 175 to win, Peshawar Zalmi were jolted by Sohail Khan (3-28) and Usman Shinwari (3-32) but Afridi and West Indies star Darren Sammy (26-ball 34 with three sixes and a boundary) almost turned the match with a 70-run stand for the sixth wicket.

Karachi were helped to their total of 174-4 by Shoaib Malik’s rapid 27-ball 51 not out, studded with three sixes and four boundaries.

But it was Afridi who enthralled a packed 19,000 crowd in Sharjah with an innings that provided a rare bright moment for a competition hit by last week’s spot-fixing probe, which led to the provisional suspension of Pakistan openers Sharjeel Khan and Khalid Latif.

Both Khan and Latif have since been charged for breaching the anti-corruption code of the Pakistan Cricket Board (PCB) by not reporting an approach and meeting an individual linked to international betting syndicate.

Another former opener Nasir Jamshed was also provisionally suspended after being accused of being a “go-between.”

Afridi said he wanted to help banish the problems at the PSL, which worsened when a deadly bomb blast in Lahore on Monday put plans to stage the final of the tournament in the city on March 5 in danger. “I play for my fans and to lift the gloom around the PSL after what happened in Lahore,” said Afridi of the blast, which left 15 people dead and over 100 injured.

The PCB insists the final of the PSL can be held in Lahore with the kind of high-level security arrangements usually reserved for heads of state.

Quetta Gladiators, led by Pakistan’s Twenty20 captain Sarfraz Ahmed, are top of the standings with seven points while defending champions Islamabad United are second with six points. Peshawar Zalmi are third with five points followed by Karachi on four points and Lahore Qalandars in fifth place with four points.