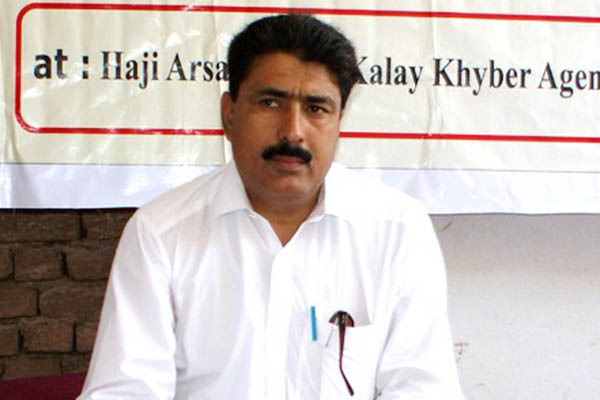 Former government surgeon had been found guilty of treason over alleged ties to Lashkar-e-Islam.

A Pakistani official on Thursday overturned the 33-year jail term handed down to a doctor who helped the CIA find Al Qaeda chief Osama bin Laden and ordered a retrial, a lawyer and an official said.

Shakeel Afridi was arrested after U.S. troops killed the terror leader in May 2011 in the town of Abbottabad, where Afridi had set up a fake vaccination program in the hope of obtaining DNA samples to identify the Al Qaeda leader.

He was convicted in 2012 for treason over alleged ties to militant group Lashkar-e-Islam and not for working for the CIA, for which the court said it did not have jurisdiction.

But angry U.S. lawmakers saw the sentence as retaliation for his role in bin Laden’s capture, and last year threatened to freeze millions of dollars in vital aid to Islamabad. Then-secretary of State Hillary Clinton denounced Afridi’s treatment as “unjust and unwarranted.”

Afridi was also fined Rs. 320,000 ($3,500). He was found guilty under the tribal justice system of Khyber district, part of Pakistan’s semi-autonomous tribal belt.

The appeal, filed by Afridi’s brother Jamil through lawyers, said the allegations were “false, concocted and without foundation.”

On Thursday Afridi’s lawyer said: “The commissioner of Peshawar has set aside the decision of the assistant political agent of Khyber Agency and ordered the retrial.” A government source present during the appeal hearing in the office of Peshawar’s commissioner confirmed the account.

“The commissioner after hearing the appeal by Dr. Shakeel Afridi has ordered the retrial,” the official said on condition of anonymity.

Samiullah Afridi, the defense lawyer, said he argued that the assistant political agent was not authorized to pass such a long sentence, no proper trial was held and his client was not given an opportunity to defend himself. Afridi was not present in the court during his trial and could not argue in his own defense, officials said after his conviction. Under the tribal system, he would not have had access to a lawyer. The appeal also said Afridi had “no association” with Lashkar-e-Islam.

Lashkar-e-Islam, led by warlord Mangal Bagh, is widely feared for kidnappings and extortion in the tribal district of Khyber, where Afridi worked for years.

The appeal, filed on June 1, 2012, said Afridi was kidnapped by Lashkar-e-Islam in 2008 and ordered to pay Rs. 1 million. The tribal court had said that Afridi paid Rs. 2 million to the faction and helped to provide medical assistance to militant commanders in Khyber.

The militants have denied any links to Afridi, saying they fined him for overcharging patients, and have threatened to kill him.