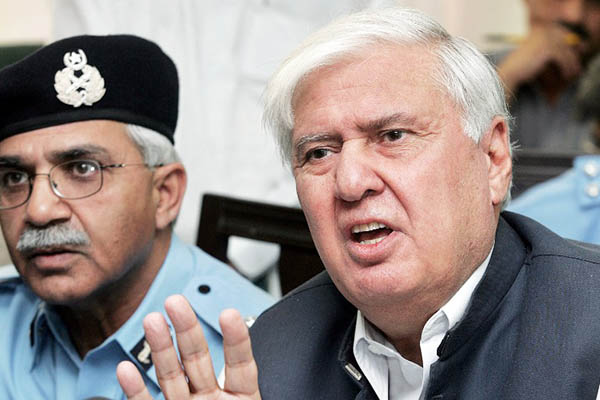 One policeman killed, another two injured in attack on convoy in Khyber-Pakhtunkhwa province.

A policeman was killed and two others wounded on Thursday when a suicide bomber hit the convoy of a senior politician in Pakistan’s restive northwest.

Former interior minister Aftab Khan Sherpao was attacked as he was returning from an event in Khyber-Pakhtunkhwa province.

“Policemen fired at the bomber when he moved toward the convoy but he blew himself up,” said Shafiullah Khan, a district police officer in Charsadda.

Izharullah, an official at the local police station, confirmed the attack saying that the injured were taken to a government hospital in the area.

Sherpao, who has been attacked several times previously, said it was the fourth attempt on his life. “I was the target of this attack. This is the fourth attack on my life. The policemen sacrificed themselves to save me,” he said afterwards.

No group immediately claimed responsibility for the attack.

The Pakistan Army has been waging a major campaign against Taliban and other militant strongholds in North Waziristan since June last year. Most of the fighting is now concentrated in the tribal districts of North Waziristan and Khyber, which border Afghanistan.