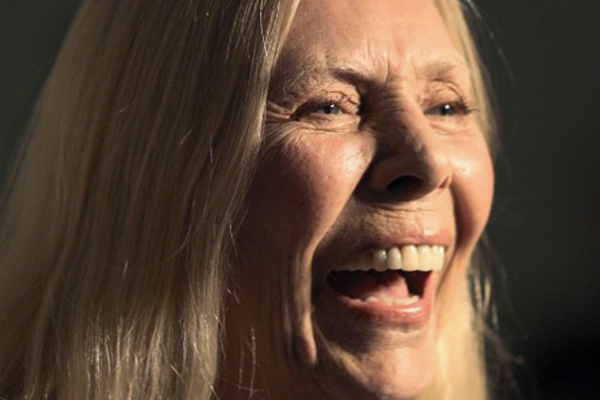 The legendary folk singer was hospitalized in March.

The account offered rare detail on the condition of the 71-year-old Canadian singer and guitarist, who was rushed to a Los Angeles hospital on March 31.

Crosby said Mitchell was recovering at home but that “to my knowledge, she is not speaking yet … She took a terrible hit, she had an aneurysm, and nobody found her for a while … She’s going to have to struggle back from it, the way you struggle back from a traumatic brain injury. How much she’s going to come back and when, I don’t know and I’m not going to guess.”

Crosby, who dated Mitchell briefly in 1967 and has remained friends with her, described her as “probably the greatest living singer/songwriter” with the possible exception of Bob Dylan.

Mitchell was a major figure in the generation of folk rockers who grew prominent in the 1960s, with hits including “Big Yellow Taxi,” “Woodstock,” and “Both Sides, Now.”

Active on the environment and other causes, Mitchell is known for her distinctively rich contralto voice and open-tuned guitar. Later in her career she experimented with electronica.

Mitchell’s publicists last gave an update on her condition in late April, saying she was still in a hospital but fully alert, denying a media report that she was in a coma.