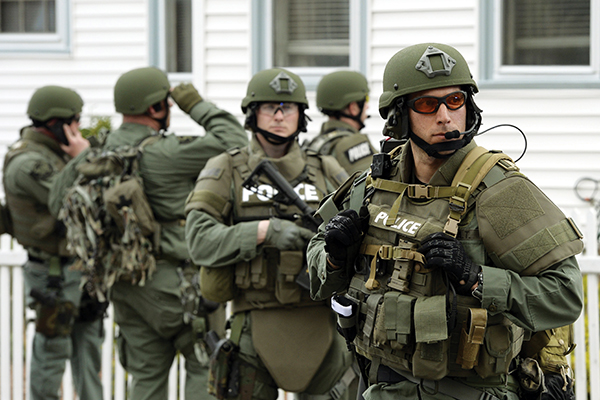 America must now wallow in fear or self-pity.

[dropcap]I[/dropcap]t is, obviously, understandable that people are shocked when something like the Boston bombing happens. Such an attack is a shocking thing—the images, the video, the beautiful faces of the three young people whose lives were taken; all shocking.

But in today’s world, it isn’t really a surprising thing. After 9/11, how can anyone be surprised? In fact, I would take it back further. After the 1993 World Trade Center bombing, and after Oklahoma City, how could anyone have been surprised? I remember the 1993 bombing very well. I was in New York and, as it happens, at CBS that Friday afternoon to tape a public-affairs discussion show that was preempted. And maybe I’m strange, but one recurring thought I remember having that day was, I wonder what took them so long.

That is, I grew up at a time when many advanced countries were dealing with terrorist attacks on an ongoing basis: Britain and the IRA; Spain and ETA; Germany and the Baader-Meinhof gang; Italy and a couple of neofascist groups. And every time I saw footage from the wreckage of that train station in Bologna, or the Brighton hotel where they tried to get Margaret Thatcher at that Tory party conference, I always wondered, what if that were us? And, why isn’t it us?

Not, of course, that I wanted it to be us. But I just wondered why the United States should have been immune. Lord knows, we’ve always had people around the world who hated us. And we’ve never had any shortage of homegrown extremists. In those days, they were more visible on the far left than far right, and while there were a few tragic incidents, the left-fringe terrorists were arguably best known for killing themselves (the Greenwich Village townhouse explosion of 1970, when three radicals making a bomb blew themselves up).

Well, we’re not immune anymore. We’ve joined the rest of the world, the bloodied and sundered world that has lived with terrorism for decades. A little perspective: the Boston attack was the fourth-worst terrorist attack of that week around the world. And that was only by Wednesday.

What does all this mean we should and should not do? We should be mad, we should be sad, we should mourn, we should go through all the rituals that help people through such tragedies. But we shouldn’t freak out or wallow in fear or self-pity. We shouldn’t start worrying that this is going to happen every week, in a mall in Des Moines or the train station in St. Louis. It’s very unlikely. Our police forces are watching out for these things, and they’ve already prevented who knows how many attacks, and they’ll keep doing their best.

But more than that, it’s no way to live. I read this week about a bombing in a restaurant in Israel some years ago. The restaurant was open for business the next day. What we need is precisely that kind of I’m-not-changing-a-thing resilience. The less space terrorism occupies in our brains, the better off we’ll be.