Home Latest News After the Massacre 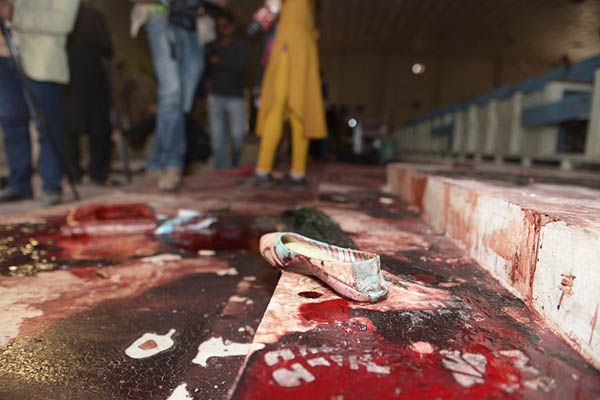 Scenes of carnage and terror at Peshawar’s Army Public School greet visitors to the site of the tragedy.

An eerie silence hung over the shattered, blood-spattered corridors and classrooms of the Army Public School on Wednesday—the silence of 132 dead Pakistani children, their lives cut short by Taliban gunmen.

Instead of the shouts of excited teenagers echoing down the school’s hallways and in the crisp winter air of its manicured grounds, only the crunch of soldiers’ boots could be heard. As the death toll from Pakistan’s deadliest ever terror attack rose to 148, the full horrifying aftermath of Tuesday’s eight-hour bloodbath in Peshawar was revealed.

In the school’s auditorium, which saw some of the worst of the carnage, blood pooled in patches on the floor. Books, ties, sweaters, notepads, spectacles—the normal trappings of a day at school—lay scattered, drenched in the blood of children who will never use them again, never go to school again, never laugh or cry again. 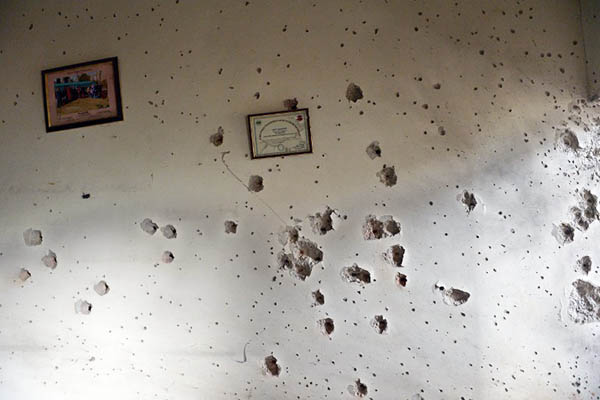 They had assembled for a lecture, preparing them for a future that more than 100 of them would never see as they were cut down in a hail of bullets fired by the heavily armed Taliban militants. It was in this hall that 16-year-old Shahrukh Khan saved his own life by playing dead after being shot in both legs—stuffing his tie into his mouth to stifle his screams of pain. “My body was shivering. I saw death so close and I will never forget the black boots approaching me—I felt as though it was death that was approaching me,” he said from hospital.

Around the modern, well-built school, desks lay upended in classrooms, walls were sprayed with blood and pockmarked with bullet holes. The school’s administration block was a scene of total devastation. It was here that the six Tehreek-e-Taliban Pakistan (TTP) militants holed up for their last stand against the commandos sent to end their rampage.

Once-tidy office rooms were buried under a chaotic mess of broken glass, bullet casings, plaster, masonry and smashed-up computers. The names on a wooden honors board were illegible under the spray of blood, shrapnel and debris.

In one room the smell of burning lingered, the acrid aftermath of the killing of the school principal. Army spokesman Asim Bajwa said she had locked herself in a bathroom as the gunmen approached—only for them to break open a ventilation point and toss in a grenade.

Elsewhere, a pair of bare, white feet could be seen, along with shreds of human flesh and—everywhere—splatters of blood. In a corner lay a pile of trophies and medals, a poignant reminder of the achievements of young lives now gone. On a billboard, an indicator of the school’s military connections: photographs of students with the inscription “We love our brave soldiers.” 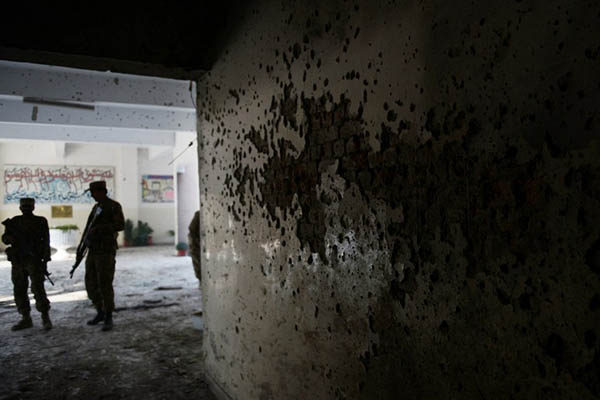