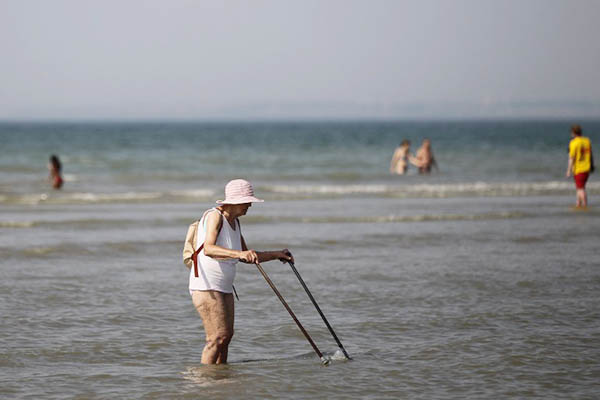 With its ageing population, Europe needs immigration and can only resolve the migrant crisis through cooperation and not by “closing its doors,” E.U. foreign affairs chief Federica Mogherini said on Wednesday.

“I believe Europeans should understand that we need immigration for our economies,” as the continent’s population ages, Mogherini said, opening a Europe-Africa meeting on migration in the Maltese capital.

Some 8,500 people making desperate bids to reach Europe have been rescued at sea since the start of the year, while at least 227 people are either missing or feared dead. “Africa on its side should consider the cost of human trafficking, the loss of human life,” said Mogherini, noting that at least 4,500 people, mainly Africans, drowned or were listed missing at sea last year as they tried to reach Italy. “Migration can only be managed through cooperation and partnership,” she said.

Mogherini also said barricades were not an answer or a solution. “There are forces all around the world who are pushing for a different approach, an approach based … on building walls instead of building partnerships,” said Mogherini, without directly referring to U.S. President Donald Trump’s election pledge to build a wall along the border with Mexico. “This not the European way. Europe does not and will not close its doors,” she said but added that Europe had to act to resolve the migrant crisis. “We must stop the tragedy at sea and in the desert. Every single day people still die.”