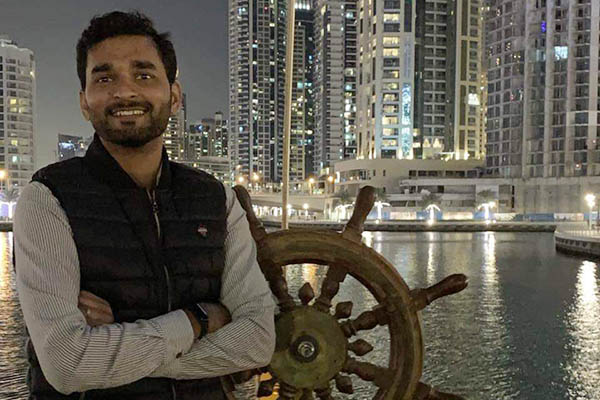 Three other men injured in shooting, which occurred when the victims were praying at their home

A 16-year-old on Friday opened fire on, and shot dead, an Ahmadi doctor in Nankana Sahib, according to a spokesperson of the minority community.

Victim Tahir Mehmood, 31, was a homeopathic doctor. Members of his family had gathered at their home for Friday prayers when the accused knocked on their door and opened fire after Mehmood opened it. Three other Ahmadi men, including Mehmood’s father who is said to be in critical condition, were wounded in the shooting.

Police chief Malik Shamsair told the Associated Press that the attacker, Mohammad Mohab, had been taken into custody. He said the teen had confessed to the shooting, claiming he shot the men because their faith was an insult to Islam.

Saleemud Din, a spokesman for Pakistan’s Ahmadi community, condemned the attack in a posting on Twitter. “In Pakistan, Ahmadis are not even safe inside their own homes,” he wrote. “They cannot perform their basic religious obligations inside the four walls of their home. They are killed at their doorsteps, as there is little protection. While the hate campaign is going on unchecked,” he added.

U.S. Commission on International Religious Freedom Vice-Chair Anurima Bhargava, in a posting on Twitter, urged Islamabad to protect its religious minorities. “The Pakistani government must protect its religious minorities. The clearest path to doing so is to repeal its discriminatory blasphemy and anti-Ahmadi laws, which enable the ongoing targeting of members of the Ahmadi community,” she said.

Meanwhile, Human Rights Minister Shireen Mazari claimed the government would fulfill its duty to protect all the country’s citizens. “Condemn targeted attacks and killings of members of minority Ahmedi community in different parts of Pakistan,” she said. “But as government it’s our responsibility to act. We have. Perpetrator of latest attack in police custody and being proceeded against in accordance with law. Government’s duty to protect all our citizens,” she added.

The Ahmadi faith was established on the Indian subcontinent in the 19th century by Mirza Ghulam Ahmad, whose followers believe he was a prophet. Pakistan’s Parliament declared Ahmadis non-Muslims in 1974.

Attacks on Ahmadis have increased in Pakistan in recent months. On Nov. 15, a business owned by an Ahmadi man in Peshawar was targeted; he escaped because he was late to work that day. One of his salesmen died on the spot. In October, an Ahmadi professor was shot dead, also in Peshawar. In July, an American national, Tahir Nadeem, was shot dead by a young boy inside a court while in August, a trader, Meraj Ahmad, was targeted in the same city.