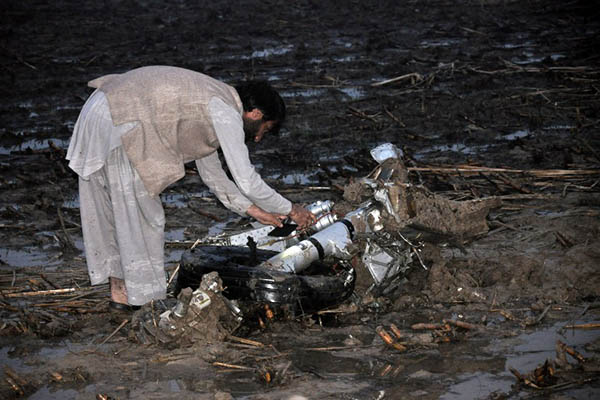 The PAF Mirage aircraft was on a training mission when it crashed near Dera Ismail Khan.

“Pakistan Air Force reports with regret that a PAF Mirage aircraft, while on a routine operational training mission, crashed south of Dera Ismail Khan,” an Air Force spokesman said in a statement. “A board of inquiry has been ordered by Air Headquarters to determine the cause of accident,” the spokesman said.

The spokesman said that he would not share details about casualties, but local security officials said the plane’s pilot and co-pilot were “martyred” in the crash and that their bodies were handed over to the Air Force.

Local police officials in the town of Dera Ismail Khan also confirmed the crash and casualties.

The Pakistan Air Force has a fleet of Chinese aircraft including F-7PGs and A-5s, plus U.S.-built F-16s and French Mirages. It recently acquired JF-17 Thunder jets, manufactured jointly by China and Pakistan.