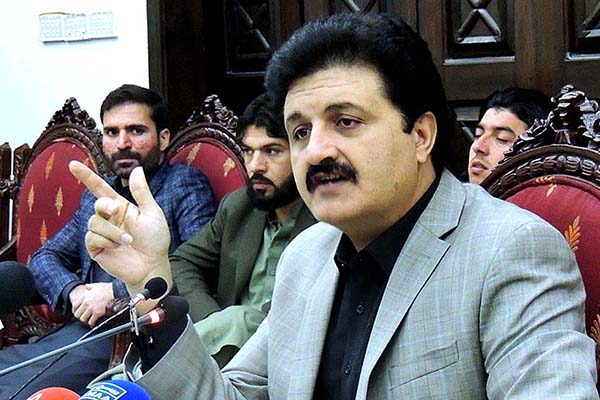 The Khyber-Pakhtunkhwa government on Saturday issued a notification removing Adviser to the C.M. on Information Ajmal Wazir from his post, and granting Kamran Khan Bangash the additional charge alongside his position as Special Assistant to the C.M. on Local Government, Elections and Rural Development.

Prior to the notification going public, Wazir had told Geo News that he was resigning for “personal reasons.” However, a subsequent notification has alleged that he was removed over allegations that he accepted illegal commissions from ad agencies. Citing a leaked audio recording, the notification says Chief Minister Mahmood Khan has ordered an inquiry into the recording to determine its veracity.

“Chief Minister Khyber Pakhtunkhwa has desired to process a case for a fact-finding inquiry into the recently surfaced audiotape of Ajmal Khan Wazir, former adviser to the chief minister for information and public relations,” read the notification addressed to the provincial chief secretary. “The matter may be treated as most important and urgent,” it added.

Wazir was appointed the adviser to the C.M. on information earlier this year. A former member of the Pakistan Muslim League (Quaid), he joined the incumbent Pakistan Tehreek-e-Insaf shortly before the 2018 general elections.

Speaking to local media, newly inducted adviser on information Bangash said that Prime Minister Imran Khan had been informed of the situation and a forensic investigation had been ordered. He said he would soon provide a “detailed briefing” to the media to clarify any concerns.