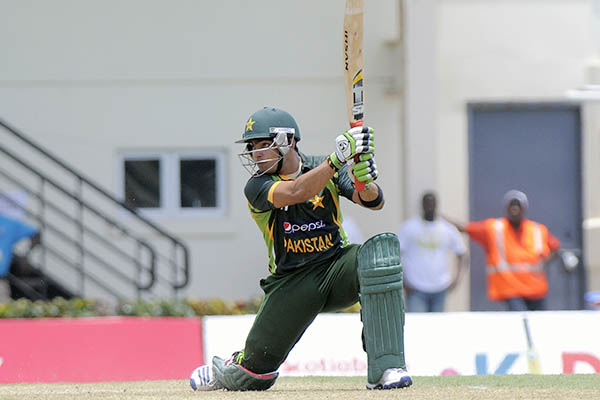 Batsman had been removed from team after collapsing in a seizure last month.

The 23-year-old was withdrawn from the limited over squad for the Zimbabwe tour after collapsing during a stint in the Caribbean league last month.

The Pakistan Cricket Board (PCB) ordered Umar to undergo medical tests and on Friday declared him fit.

PCB caretaker chairman Najam Sethi hoped that Umar could now “live up to his immense potential and be able to serve Pakistan cricket with distinction in the months and years to come.”

The board said a top Pakistani neurologist had given Umar “a clean bill of health” with “no restriction on physical activity” and “no need for medication or any further medical tests.”

The report, the PCB said, diagnosed “lack of sleep.”

The neurologist described it as a one-off but relatively common phenomenon that “does not necessitate any restrictions on him” other than getting at least six to seven hours of sleep a night. “This is really good news for Umar … The PCB is now relieved at the prognosis and removal of doubts on his health.”

Umar thanked the PCB for “providing me every possible support, including great personal care and counseling.”

Umar, who has so far played 16 Tests, 76 one-day and 45 Twenty20 internationals, is regarded as Pakistan’s most talented batsman of the past 10 years.