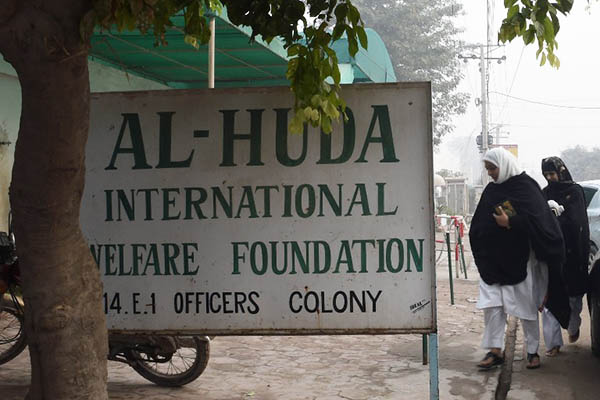 The women’s seminary in Pakistan where California attacker Tashfeen Malik studied for over a year condemned the massacre on Tuesday, saying there is “no space for such acts in the name of Islam.”

Malik, 29, a Pakistani national, pledged allegiance to the Islamic State group before she and her husband Syed Farook shot dead 14 people in California last week. Investigators are trying to establish if she had contact with radicals while in Pakistan or in Saudi Arabia, where she spent the bulk of her life.

Malik studied at a university in Multan from 2007-2012 and in 2013 formally enrolled in Al-Huda, one of the country’s most high-profile religious seminaries for women. Al-Huda has no known extremist links, though critics accuse it of a Taliban-like ideology.

Malik’s attendance at the deeply conservative school, which was visited by counter-terror and intelligence officials on Monday, appears to offer fresh insight into her journey toward Islamic radicalism. On Tuesday the school rejected any responsibility for the massacre, condemning such acts anywhere in the world.

Malik was a “hardworking, friendly, helping, obedient and positive-minded student,” the institute said in a statement, expressing disbelief that she could “do such a horrible thing that is 100 percent against Islam.” She enrolled in the Multan branch of the seminary on April 17, 2013, the statement said, and left on May 3, 2014—telling her teacher she was to be married in two months.

Analyst Arif Rafiq said that while Malik’s attendance at the madrassa may have made her “more susceptible” to the ideology of groups like Islamic State, her attendance there alone did not explain “how she made the leap from being a conservative… into a jihadist.”

Al-Huda, founded in 1994 by Farhat Hashmi, mainly targets Pakistan’s influential middle and upper-class women seeking to come closer to Islam. A spokeswoman said Tuesday the organization would now be “more careful” when admitting students, trying to assess both their purpose in joining and their mental state.