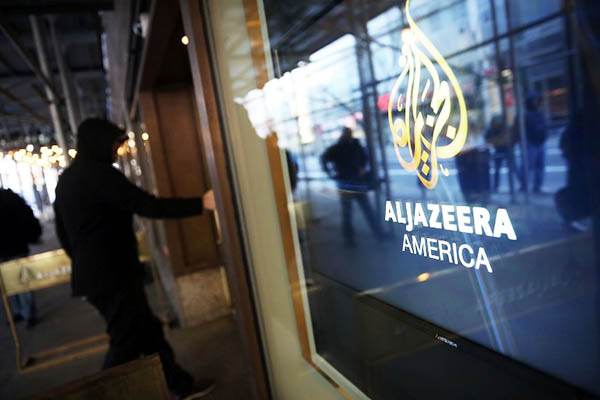 Cable channel Al-Jazeera America, launched with great fanfare in 2013 by the global Qatar-based media group, will be shut down April 30, the company said Wednesday.

The move comes after an investment of hundreds of millions of dollars in the channel failed to attract more than a minuscule audience. An internal memo from director general Mostefa Souag said the decision was “driven by the fact that our business model is simply not sustainable in light of the economic challenges in the U.S. media marketplace.”

Souag said the shutdown would be accompanied by an expansion of Al-Jazeera’s digital services “to broaden our multi-platform presence in the United States.”

Al-Jazeera paid some $500 million to launch the cable news operation aimed at rivaling CNN, Fox News and MSNBC. In mid-2013, the channel went live after hiring some 850 staff and opening 12 bureaus in the United States and a state-of-the art studio in New York.

The wind-down of Al-Jazeera America will not affect the group’s other global media operations, the memo said.

Al-Jazeera America chief executive Al Anstey told staff that he recognized the shutdown “will be a massive disappointment for everyone here who has worked tirelessly for our long-term future,” adding that “the decision was no reflection on the work of that staff.”

Anstey noted that the reorganization would help Al-Jazeera invest in expanded digital operations. “As audiences increasingly turn to multiple platforms, including mobile devices, for news and information, this expansion will allow U.S. and non-U.S. consumers alike to access the network’s journalism and content wherever and whenever they want,” he said.

The move comes amid a growing shift of TV viewers to digital platforms, including news startups like Vice Media, BuzzFeed and the Huffington Post’s Huffpost Live. Media watchers said Al-Jazeera America failed to stand out in a crowded field of competitors.

“The underlying philosophy of Al-Jazeera America was that quality journalism would trump all, but little about its journalism was especially distinctive,” said David Uberti, a Delacorte fellow at Columbia University, in a blog for the Columbia Journalism Review. “Add to that conventional packaging, distribution across an aging medium, and weak brand recognition, and you get a cable network shutting the door.”

Al-Jazeera acquired its U.S. cable channel from Current TV, a group that included former U.S. vice president Al Gore and reached some 40 million households. The new channel hired high-profile journalists from CNN and other networks and began with 14 hours of daily news programming.

But the channel failed to attract a critical mass of viewers, crimping its ability to earn advertising revenue. No viewership figures were publicly released but some reports said the audience was only around 30,000 for the key prime-time hours.

From the start, Al-Jazeera faced a tough sell to U.S. audiences because of its history in the Middle East, where it was the outlet for videos distributed by Al Qaeda and Osama bin Laden. Some conservatives claim it is still anti-Western.

Al-Jazeera America also faced lawsuits alleging an inhospitable work environment and has been embroiled in a battle over a report linking NFL star Peyton Manning to a banned growth hormone.

While its channel struggled to reach viewers, Al-Jazeera’s journalism won a number of awards including commendations from Peabody, Emmy, Gracie, Eppy and DuPont.

Anstey said the channel’s quality would not wane in its final months. “Between now and April, we will continue to show America why AJAM has won respect and the fierce loyalty of so many of our viewers,” he said in the memo.

On Twitter, several staffers lamented the demise of the news channel. “Even though it’s over, working at @AJAM was the wildest most intense rollercoaster ride in media. I don’t regret a moment,” wrote senior producer Paul Harris.

Very sad to see this network is closing. It was the only network to provide quality news reporting. Similar to what CNN was when it was first started. The other networks are only vehicles for “Donald Trump” and ignore coverage on what are the important things happening in the world. I will miss the coverage and the news programs.