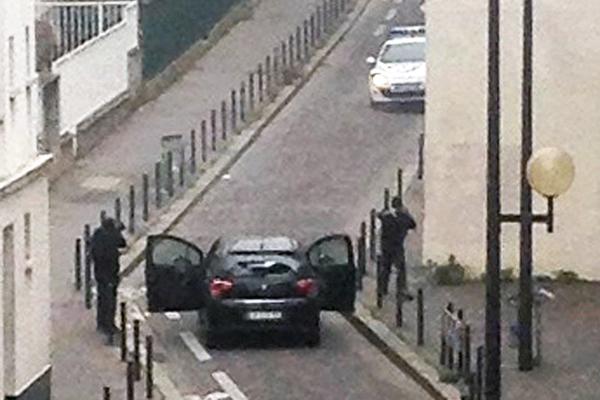 An AQAP chief has claimed in a video that the attack took several years to plan and was ordered by Ayman al-Zawahiri.

Al Qaeda in Yemen on Wednesday claimed responsibility for the deadly attack on Charlie Hebdo, saying it was ordered by the jihadist network’s global chief to avenge the French magazine’s cartoons of Islam’s Prophet.

In a video entitled “A message regarding the blessed battle of Paris,” Al Qaeda in the Arabian Peninsula (AQAP) said that it had financed and plotted the assault on the weekly that left 12 people dead and shocked France. But it said the orders had come from the very top of the global jihadist network—Ayman al-Zawahiri, the Egyptian doctor who succeeded Al Qaeda founder Osama bin Laden after his death in 2011.

“We, Al Qaeda in the Arabian Peninsula, claim responsibility for this operation as vengeance for the messenger of Allah,” Nasser al-Ansi, one of AQAP’s chiefs, said in the video. The perpetrators of the attack, brothers Said and Cherif Kouachi, were known to have trained with Al Qaeda in Yemen.

AQAP was formed in January 2009 as a merger of the Yemeni and Saudi branches of Al Qaeda. Washington regards it as the network’s most dangerous branch and has carried out a sustained drone war against its leaders.

“The leadership of [AQAP] was the party that chose the target and plotted and financed the plan … It was following orders by our general chief Ayman al-Zawahiri,” Ansi said of the attack on Charlie Hebdo. “The heroes were chosen and they answered the call,” he said.

Speaking over footage of the assault, Ansi said: “Today, the mujahideen avenge their revered Prophet, and send the clearest message to everyone who would dare to attack Islamic sanctities.”

Ansi referenced a warning by bin Laden, who was killed by U.S. commandos in Pakistan. “If the freedom of your speech is not restrained, then you should accept the freedom of our actions,” he said.

Charlie Hebdo had angered Muslims in the past by printing cartoons lampooning Islam and its Prophet. The claim of responsibility coincided with the return of Charlie Hebdo to newsstands, amid unprecedented demand that saw the paper print five million copies.

The new issue features another cartoon of Islam’s Prophet on its cover, with tears in his eyes, holding a “Je Suis Charlie” sign under the headline “All is forgiven.”

As well as the attack on the magazine, four Jews were killed when another militant stormed a kosher supermarket in Paris. Ansi said the attack on Charlie Hebdo “coincided by the grace of Allah with the operation of brother Amedy Coulibaly,” who attacked the Jewish shop.

Ansi indicated that planning for the attack on Charlie Hebdo had begun several years ago through Anwar al-Awlaki, the U.S.-Yemeni cleric killed by a U.S. drone strike in 2011. Cherif Kouachi told French media before he was killed by police that a trip he made to Yemen the same year was financed by Awlaki.

AQAP has a record of launching attacks far from its base in Yemen, including a bid to blow up a U.S. airliner over Michigan on Christmas Day in 2009. The group recently called for its supporters to carry out attacks in France, which is part of a U.S.-led coalition conducting airstrikes against jihadists from the Islamic State group in Iraq and Syria.

AQAP’s English-language propaganda magazine Inspire has urged jihadists to wage “lone wolf” attacks abroad. In 2013 it named Charlie Hebdo cartoonist and editor-in-chief Stephane Charbonnier, who was killed in the attack, among its list of targets. Ansi noted in the video that the dead included “one listed among those wanted” in Inspire.

Nigerian extremist group Boko Haram also hailed the attacks. “We are indeed happy with what happened in France,” the group’s leader Abubakar Shekau said in a video posted online. “We are happy over what befell the people of France … as their blood was shed inside their country as they [try to] safeguard their blood‎,” he said.

Leading Algerian militant Mokhtar Belmokhtar, formerly a member of Al Qaeda in the Islamic Maghreb (AQIM), praised the “heroic and rare attack” in France, hailing the Kouachi brothers as “two soldiers of Islam … who humiliated France.”

France “thought that it was immune to the strikes of the mujahideen,” he said in a statement.

AQIM has also welcomed the Paris killings and warned France to expect more. The branch of Al Qaeda is active in North Africa, while AQAP operates mainly in the lawless desert regions of eastern Yemen.

AQAP took advantage of an uprising in 2011 against now-ousted president Ali Abdullah Saleh and seized large swathes of territory across southern Yemen, although most of its militants later fled to the east.