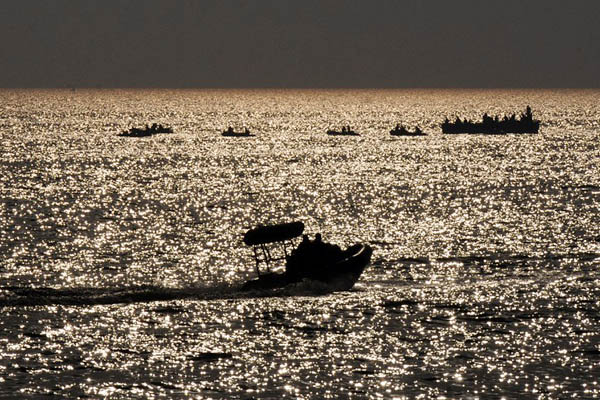 Terror group claims it attacked Karachi’s Naval Dockyard to secure a ship in fight against U.S. fleet in Indian Ocean.

Al Qaeda in the Subcontinent, the newly established branch of the terror group, has rejected reports that it was targeting Pakistan’s armed forces in its attack on a Naval Dockyard in Karachi, claiming it was merely the first step of a larger offensive against the U.S.

In a three-page press release issued to the media by Osama Mehmood, the group’s spokesman, Al Qaeda claims Pakistan’s military is “misleading” the world. “The [Sept. 6] attack was presented by the ISPR and the spokesman of the Pakistan Navy as an attack on the Pakistan Navy,” it said. “In reality, the actual target was the American Naval fleet in the Indian Ocean. We should have attacked the U.S. forces using Pakistani warships such as PNS Zulfiqar,” it added.

The statement claims Al Qaeda’s primary enemy remains the U.S. “America considers Islam its primary enemy and a threat to the very foundations of its existence,” it says. It also blames the U.S. for the “existence” of Israel and the death of Muslims in the “Islamic World.”

The Al Qaeda statement also claims that there were no “outsiders” involved in the attack. “All participants of this operation were commissioned officers of the Pakistan Navy,” it alleges. “This was not only an operation against the Americans, but also a mutiny of serving officers against the Pakistan Navy’s policy of extreme servitude and subservience to America,” it added.

Warning of future attacks, the spokesman said this was merely the first “overt” split in Pakistan’s armed forces. “It won’t be the last.”