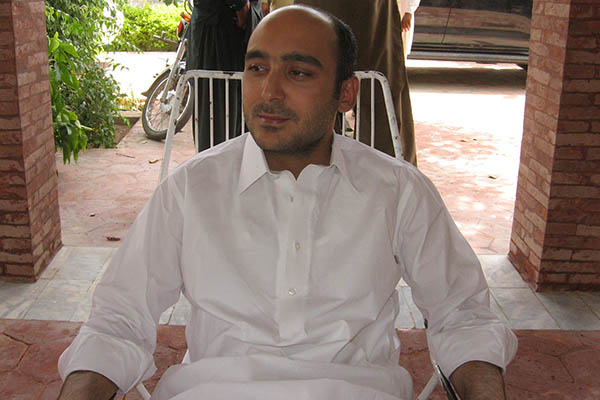 A new terrorist group calling itself the Al-Mansooreen Brigade has claimed responsibility for the abduction of Ali Haider Gilani in the lead-up to the May general elections.

Gilani, the son of Pakistan’s former prime minister Yousaf Raza Gilani, was kidnapped during a campaign event in Multan on May 9, just two days before the general elections on May 11. Gilani’s personal secretary, Muhammad Muhiuddin, was killed in the attack while one of his personal security guards was wounded.

Abu Yazeed, a spokesman for the Al-Mansooreen Brigade, said: “Ali Haider Gilani is in our custody and is safe and sound.” Calling from an Afghan phone number, the spokesman added: “We will release the video of Mr. Gilani shortly after Eid and will apprise about our demands.”

According to the spokesman, his group specifically targeted Gilani. “Gilani’s family was our target and that’s why we kidnapped him,” he added.

The abduction, originally believed to have been perpetrated by the Tehreek-e-Taliban Pakistan but never claimed, was seen as a result of the TTP’s pre-poll threats to several political parties. The TTP had warned people against attending campaign events organized by the Pakistan Peoples Party, the Awami National Party and the Muttahida Qaumi Movement, terming them “us-Islamic.”

Why has this group waited till now to release a video?

Hope he is safe. What a tragedy

It is probably just a faction of the TTP. Cannot be an independent group. Maybe an anti-shia militant group.

Abu Yazeed, is a spokesman for the Al-Mansooreen Brigade. Wah kya nam hai

Because its a Drama – Like many other dramas being staged.

May God protect the nation from this Fitna which is growing day by day.

Horrible! May he return to his family

Whatever happened to Warren and Shahbaz? It’s been two years. Has anyone claimed responsibility?

His father seems to have disappeared. Where is the rest of his family?

Why they took it so long, the answer is simple they want to play big, so waiting for the right time