Home Lightbox All Against One 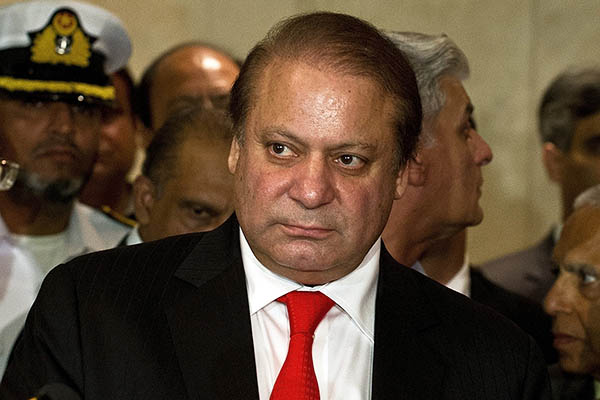 The all-too-familiar refrain of the all-against-one syndrome of Pakistan’s political parties has reared its ugly head ahead of general elections once more, and—as in the past—it is unlikely to yield anything good for Pakistan. On April 24, the chief ministers of Sindh, Khyber-Pakhtunkhwa and Balochistan walked out of a meeting convened by the federal government of Pakistan Muslim League (Nawaz) to approve the Public Sector Development Program as part of the 2018-19 budget. The lawmakers are claiming that the federal government doesn’t have the right to announce a sixth budget and should reserve that option for the incoming government.

The tone was vitriolic because the provincial governments are now gunning for the PMLN ruling at the center and in Punjab. The pattern is familiar: the ruling party bucks the establishment to rule autonomously but loses out because the democratic system doesn’t hold together. The PMLN did this sort of stab-in-the-back trick itself when the Pakistan Peoples Party was alternating in power with it. It became so bad in the 1990s that there was no need to topple governments or impose martial law because the parties would kneecap each other by turns. Thus began Pakistan’s serial hara kiri.

In its current tenure the PMLN at the center has not been kind to the PPP ruling in Sindh. Soon after the 2013 elections were won by the PMLN, it was haunted by “dharna” politics. The PPP supported the government because it knew it would get into trouble in Karachi if the protests gained momentum. But the PMLN government’s decision to get squarely behind a campaign against the underworld of Karachi, partly run by some PPP leaders, soured the opposition’s bonhomie.

PPP Co-Chairman Asif Ali Zardari, likely coaxed by the establishment, first announced his plan of revenge, then orchestrated an anti-PMLN revolt in Balochistan before getting the third largest party in the National Assembly, the Pakistan Tehreek-e-Insaf, to participate in stealing the post of chairman of the Senate from the PMLN. Now the dice is ominously loaded in the three-against-one electoral battlefield, which will undoubtedly yield an unstable coalition at the center. The locus of power will then return to the establishment in a dangerous regional scenario.