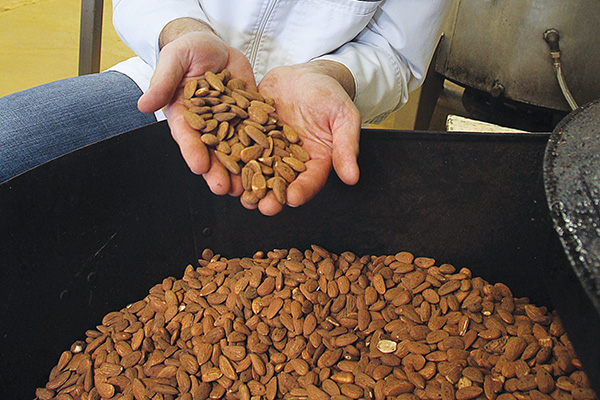 Why it’s time to ditch the soy milk.

“It’s one of those products with a complete absence of negatives,” says Greg Steltenpohl, CEO of Califia Farms, the newest competitor in the U.S. milk-substitute showdown. He knows his beverages. As the founder of Odwalla Inc., he grew the juice company into a world-recognized brand before its sale to the Coca-Cola Co. in 2001. In the early ’90s, Steltenpohl recommended to Odwalla’s board of directors that they branch out to soy milk. They stuck with juice, and Steltenpohl watched from the sidelines as soy grew into a billion-dollar business.

But as more people weigh the taste and health benefits of soy—it contains phytoestrogens, which some studies link to an increased risk of breast cancer, though research is incomplete and in general soy is fine to consume in moderation—the legume boom is entering aftershock mode. Over the past year, sales of milk substitutes broke the billion-dollar threshold, according to Chicago-based research firm IRI. Most significant, almond is on the upswing, with Silk’s Pure Almondmilk outselling Silk’s Soymilk for the first time. The company’s almond alternative made a 49 percent jump in unit sales over the previous year. Competitor Almond Breeze comes in a close third, with a 63 percent increase in unit sales. Compare this with 2011, when Silk’s Soymilk sales were double those of Almondmilk’s.

A burgeoning health trend can partly explain the craze—and why smaller companies like Califia are eagerly entering the game. Almond milk—typically made from roasting or blanching the nut, mixing it with water, grinding it, and straining the pulp—is vegetarian and vegan-friendly and devoid of saturated fats. Calorie counters love it: a cup has around 40 calories to skim milk’s 100. Often available in sweetened and unsweetened, chocolate, vanilla, and even coconut varieties, it pairs well with fruits or greens, making it an ideal base for smoothies or protein drinks.

Hipster coffee shops have already jumped on the wagon, with the San Francisco-based Fourbarrel Coffee ditching soy milk last year in favor of Califia Farms and even touting a sign in its store saying “Life is just too short to drink soy milk.”

With beverage trends typically starting on the coasts, Steltenpohl thinks it’s only a matter of time before the mainstream embraces the drink (think almond milk on tap at college campuses). Soy’s consistency in coffee is partly to blame—it doesn’t foam as well as regular milk. Plus “almond cappuccino” has a nicer ring to it.