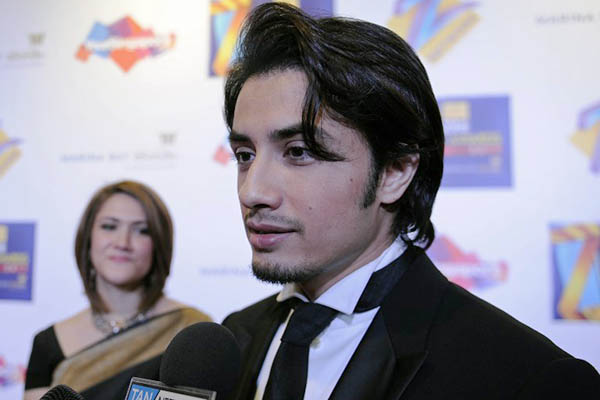 Pressure mounted on Friday against singer Ali Zafar after he was hit with a sexual harassment allegation by leading actress Meesha Shafi in the first high profile “#MeToo” accusation in Pakistan.

The allegations were trending across social media in Pakistan after Shafi posted a lengthy message on Twitter, accusing Zafar of physically harassing her on “more than one occasion.”

“This happened to me despite the fact I am an empowered, accomplished woman who is known for speaking her mind!” read the statement.

Zafar denied the accusations, threatening legal action against the actress. “I intend to take this through the courts of law, and to address this professionally and seriously rather than to lodge any accusations here,” he wrote on Twitter.

Following the accusation, other high-profile voices were quick to lend their support. “No woman goes public with allegations like this just for fun. Obviously you spend no time listening to women when they talk about how widespread harassment is in our society,” tweeted novelist and columnist Bina Shah. Multiple women have stepped up following Shafi’s allegations, recounting their own experiences with Zafar on social media.

Zafar has dominated the music charts in Pakistan for nearly two decades and has also starred in a number of films including Bollywood satire Tere bin Laden.

The #MeToo and #TimesUp campaigns have gone global since allegations of sexual misconduct by Hollywood producer Harvey Weinstein were published last October, sparking an avalanche of accusations against other powerful men.

However, the movement has been slow to catch on in Pakistan, where women have fought for their rights for years in a patriarchal society.

In a report released earlier this week by watchdog Human Rights Commission Pakistan, the group said violence against women remained troubling, with 5,660 related crimes reported in the country’s four provinces in the first 10 months of 2017. In August, firebrand opposition leader Imran Khan was also hit with allegations of sexual misconduct by a female lawmaker who accused the famed cricketer of sending obscene text messages and promoting a culture of sexism within his Pakistan Tehreek-e-Insaf party. He later denied the allegations.