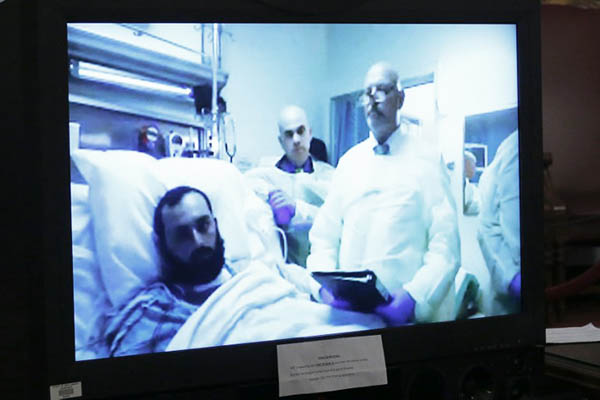 Ahmad Khan Rahimi faces life in prison if he is found guilty on terror-related charges.

The suspect behind a bombing that wounded 31 people in New York in September pleaded not guilty to terrorism-related charges on Thursday in a Manhattan federal court.

Ahmad Khan Rahimi pleaded not guilty to all eight counts of the indictment, a spokesman for the prosecutor said. All counts are linked to homemade bombs he is suspected of planting in Manhattan and New Jersey.

The charges include the use of a weapon of mass destruction, the interstate transportation and receipt of explosives, and the bombing of a place of public use. One bomb exploded in Manhattan’s Chelsea neighborhood, lightly wounding 31 people.

Police found five additional pipe bombs in Rahimi’s hometown of Elizabeth, New Jersey and a second device in Chelsea that was defused. Most of the other bombs did not explode and no one was killed.

Rahimi, 28, an American of Afghan descent, was unable to appear before a judge until last week because he was recovering from multiple gunshot wounds sustained during a shootout with police that led to his arrest in New Jersey on Sept. 19. Police found a handwritten journal in which Rahimi lauded Osama bin Laden and U.S.-born Al Qaeda recruiter Anwar al-Awlaki, and criticized U.S. wars in Iraq, Afghanistan and Syria.

Officials say he traveled extensively to Afghanistan and spent around a year in Pakistan, where he married and his wife became pregnant. The FBI believes Rahimi acted alone and is not connected to any extremist groups.

The only suspect in the New York case, he faces life in prison.

Rahimi faces other charges in New Jersey in connection with his shootout with police, including attempted murder of a law enforcement officer.