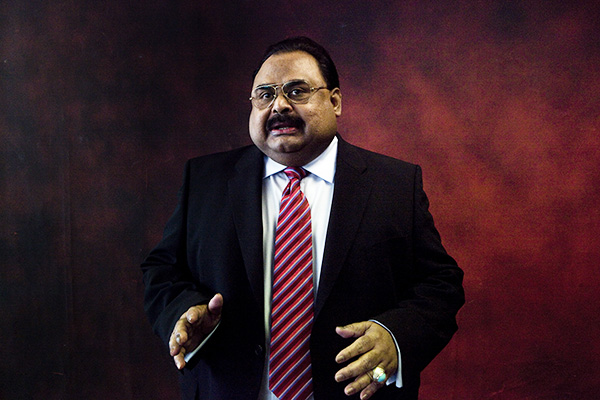 The founder of the Muttahida Qaumi Movement last week urged India Prime Minister Narendra Modi to grant him and his supporters political asylum, saying he wanted to spend time at the gravesites of his ancestors buried there.

During a speech posted on social media—and subsequently during an interview with Indian media—London-based Altaf Hussain said he was eager to go to India. “If India and Prime Minister Modi allow me to visit India and provide asylum to me and my colleagues, I am ready to come to India… my grandfather is buried there … my grandmother is buried there … thousands of my relatives are buried in India,” said Hussain.

“I want to pray at their graves,” he added in the video message posted earlier this month. “I will not interfere in any politics, I promise,” he said, as he appeared to P.M. Modi to provide financial aid if an asylum was not forthcoming.

Hussain, who has been in self-imposed exile in the United Kingdom for the past 27 years, is currently out on bail after being arrested earlier this year over alleged incitement to violence. His political party, the MQM, was banned in Pakistan three years ago after he made a speech in which he appeared to invite supporters to take the law into their own hands. An offshoot of the party, the MQM-Pakistan, continues to operate in Pakistan but has severed ties with their founder over his words.