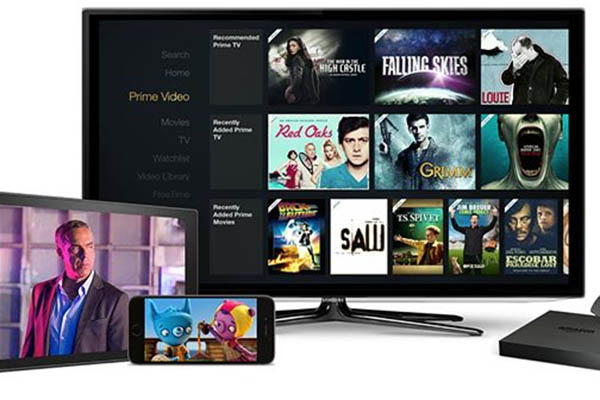 Streaming service follows Netflix in being available across the world, including Pakistan.

Amazon announced on Wednesday it was extending its on-demand video streaming service to more than 200 markets, stepping up its challenge to Netflix as a global television network.

The U.S. online giant said its Prime Video would be available in “more than 200 countries and territories around the world.” One country noticeably absent from the list is China—which Netflix has not entered either, citing “regulatory” challenges.

But Amazon will be serving countries in all regions of the world, from Afghanistan to Zimbabwe, as well as the Chinese semi-autonomous territory of Hong Kong and gambling enclave Macau. “We are excited to announce that starting today, fans around the world have access to Prime Video,” said Amazon vice president Tim Leslie. “And what’s really exciting is that we are just getting started.”

Amazon, like Netflix, purchases rights to a variety of content from global operators and also produces its own, including some award-winning shows. For some viewers these services can boost viewing choices and allow people to watch on-demand on televisions and mobile devices. Until now, Amazon Prime Video was available only in the United States, Britain, Germany, Austria and Japan.

The giant retailer announced it was offering the service at no additional cost to existing customers of Amazon Prime in Belgium, Canada, France, India, Italy and Spain.

For customers in the new markets, the service is being offered at an introductory price of $2.99 per month for the first six months, instead of the standard $5.99.

“This is ambitious, but it’s also Amazon,” said Dan Rayburn, a Frost & Sullivan analyst who writes a blog on streaming media. “Amazon is all about logistics, it’s what they’re good at.”

Rayburn said that Netflix’s decision to go global earlier this year “makes it easier for Amazon, because it means people are more comfortable with streaming, with viewing on different devices.”

Rayburn said it is too early to gauge the prospects for Amazon video globally because the company has kept a lot of data such as how much it is investing, and how many subscribers it already has.

Netflix expanded to 190 countries at the start of 2016, billing itself as the first global television service.

One of Amazon’s newest programs is The Grand Tour, a lavishly funded and critically acclaimed version of BBC’s car series, Top Gear. The company hired its colorful host, Jeremy Clarkson and two loyal co-stars, after the BBC dropped Clarkson for punching a producer.

The BBC came back with a rebooted version featuring new presenters but the program suffered mediocre reviews.

Netflix and Amazon Prime Video are investing heavily in programming, winning plaudits for creativity. Together they have spent some $7.5 billion—more than competitors CBS, HBO, or Turner, according to analysts IHS Markit.

Netflix’s hit series include House of Cards, Orange is the New Black and Narcos. It has planned for more than 1,000 hours of original programming next year and expanded its content budget to some $6 billion.

Original Amazon productions Transparent and Mozart in the Jungle won prestigious Emmy Awards in the U.S.

Prime Video is a perk of an Amazon subscription service that includes free delivery of products bought at its online store, which has moved dramatically beyond its early days as a bookseller. Prime subscribers also get access to streaming music and other services. Amazon has not disclosed the number of Prime subscribers, but research company CIRP estimated in late September that in the U.S. alone there were 65 million, up 38 percent from a year earlier.