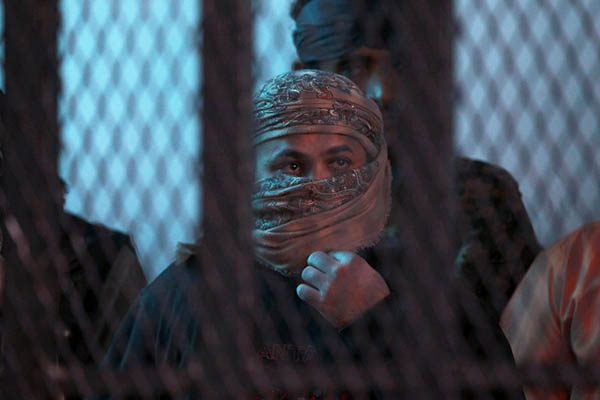 The American man believed to have been the first to leave his country and join Al Qaeda after the 9/11 attacks, has written about his experience, describing jihadist training tactics and the “terrible boredom” of waiting for a mission.

“There were few operations to participate in, and even those weren’t very good so the body was not in prime fighting condition for ‘mountain fighting’ when a fighting mission appeared,” Bryant Neal Vinas wrote in this month’s issue of the Sentinel, published by the U.S.’s West Point military academy.

Vinas, born in New York City in 1982, initially tried to join the army after the terror attacks on September 11, 2001, but said he was discharged for “failure to adapt to the military.” In 2004 he converted to Islam after hearing sermons by U.S.-born Qaeda recruiter Anwar al-Awlaki and flew to Pakistan in 2007, pretending to be a student.

There he was eventually brought into the Qaeda fold, where the daily hardships of life in remote training camps were a far cry from his dreams of waging jihad. “We lived in mudbrick houses, and the food was bad—mainly rice, potato stew, or okra stew,” he wrote. “The rich Arabs had money to buy goats, sheep, and chickens, but that was about as exotic as it got.”

He also recounted “terrible boredom” and health risks—at one point he had the little toe of his right foot amputated because of a fungal infection. Yet he met with top Qaeda officials—at one point suggesting bombing the Long Island Railroad or a Walmart—and heard rumors of other planned attacks.

He wrote that a Belgian citizen of Moroccan descent spoke of the merits of attacking the Belgium metro or a European soccer stadium—potentially indicating that the 2015-2016 terror strikes in France and Belgium had been envisioned for years. But after Vinas was arrested in Peshawar in 2008—he had gone there to try to find a wife—he was returned to the U.S., where he became one of the U.S. government’s top informers on the inner workings of Al Qaeda.

His testimony led to the killing or capture of dozens of fighters, and he was released from prison last year.

The Sentinel said their publication of Vinas’s story aimed to provide insights into why young Western men leave their country to join the ranks of jihadist fighters.

In a New York Times article published in March, Vinas says he had been unable to find work since leaving prison, and is living on welfare benefits. “I helped them kill my friends,” Vinas told the paper. “If that doesn’t show how you’re willing to turn your life around, I don’t know what will.”