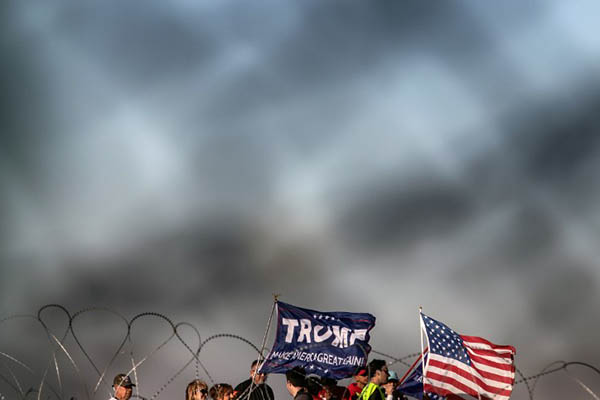 A small majority of Americans say they do not want their country to become more “politically correct,” an attitude they see as crimping their freedom to express themselves, a poll said on Wednesday.

The poll carried out by the Marist Institute for Public Opinion showed that 52 percent of Americans did not want public discourse to become more PC, including a majority of independent voters.

The mood reflects what President Donald Trump and his supporter have railed against, arguing that political correctness—the desire to not use language which minority groups may find offensive—had limited their right to say what they really want to say.

“If the Democratic Party moves in a direction that is more to its base on this issue, it suggests independents are going to be tested to stay with the Democrats electorally,” said Lee Miringoff, the polling center’s director.

The poll showed that 76 percent of Republicans were against the country becoming more rather than less politically correct, as were 53 percent of independent voters.

A 55-percent majority of Democrats wanted more “sensitivity” in how people express their views.

When he was campaigning for president, Trump said during a Republican primary debate that “the big problem this country has is being politically correct.” His critics have accused him of opening up public debate to less tolerant and often openly racist views, especially with his comments on immigrants coming from Mexico, when he accused Washington’s southern neighbor of sending “rapists” across the border.

Seventy percent of the 1,075 people polled said the standard of polite discourse in Washington had fallen under Trump’s presidency. Sixty-seven percent of Democrats blamed the president for the coarsening of the debate, but 58 percent of Republicans blamed the media, whom the president has dubbed the “enemy of the people.”