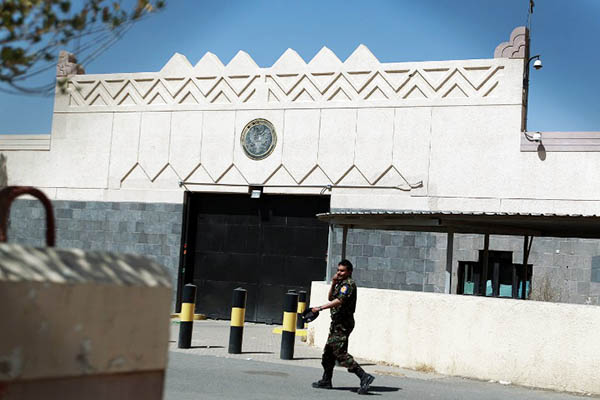 Washington has admitted it has no plans to rescue stranded Americans from war-torn state.

Dozens of American citizens who are stuck in war-torn Yemen are suing the United States to get it to evacuate them, rights groups announced on Thursday.

The move comes after the United States this week acknowledged it has no immediate plans to rescue its nationals stranded in Yemen and urged them to flee the raging conflict by sea.

The plaintiffs are 41 American citizens or permanent residents trapped in Yemen who are challenging “the constitutionality of the United States government’s action and/or failure to act to protect United States citizens in Yemen, whose lives are in danger from ongoing military action and violent attacks,” the lawsuit states. “Despite the clear danger to Americans in Yemen—and the death of at least one American—the Obama administration has not yet taken any substantive steps to help citizens or permanent residents reach safety,” the suit adds.

The plaintiffs are among more than 450 people who registered on a website called StuckInYemen.com that appeared a few days ago accusing “the United States government and embassies [of abandoning] Yemeni Americans in February 2015.”