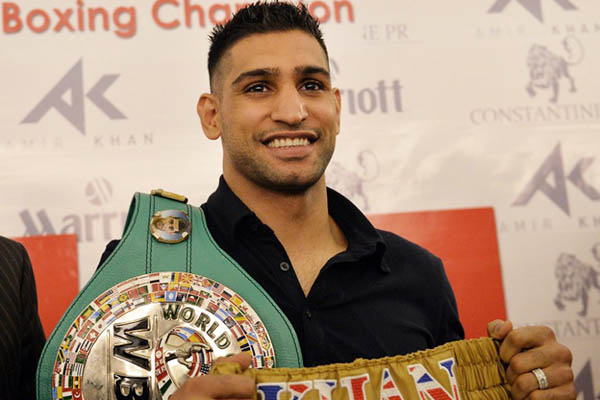 British boxer says he will set up Amir Khan academies in selected cities.

British boxer Amir Khan on Wednesday promised help to rebuild the Army Public School in Peshawar where 150 people were massacred by the Taliban in the country’s deadliest ever terror attack.

Khan, who has Pakistani roots, traveled to Islamabad to show solidarity with the victims and their families. “What has taken place in Peshawar is absolutely horrific and sickening,” the WBC welterweight world champion told a news conference. “After recently becoming a father myself, I can’t imagine how the families of these innocent children are feeling.”

A team of heavily armed Pakistani Taliban gunmen stormed the Army-run school last week, slaughtering 150 people including 134 children. The attack has shocked the world and 28-year-old Khan pledged to do what he could to help.

“I am willing to offer my help to the Government of Pakistan and all the stakeholders, any help from my side, to rebuild the damaged school and to help the fight against terrorism,” he said.

He said he would be setting up Amir Khan academies for young people in selected Pakistani cities. Through his foundation, he would support Pakistani children in the health and education sectors.

Last week Khan said he plans to auction a $45,000 pair of shorts to raise money to help rebuild the school. Khan wore the flamboyant shorts, which included a waistband made from 24-carat gold threading, during his successful WBC title defense against Devon Alexander in Las Vegas earlier this month.