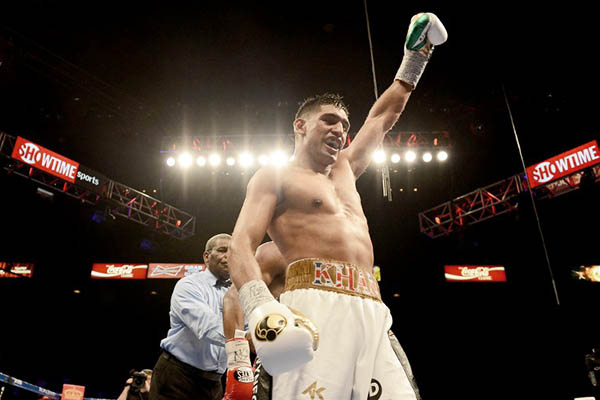 British boxer Amir Khan plans to donate a £30,000 pair of shorts to help rebuild the Army Public School in Peshawar, where 141 people were killed by the Taliban.

Khan, who is of Pakistani heritage, wore the flamboyant shorts including a waistband made from 24-carat gold threading when he successfully defended his WBC welterweight title against Devon Alexander in Las Vegas last weekend.

The 28-year-old became a father in May when his daughter Lamysa was born and he was keen to do something to help following the tragic events in Peshawar, which saw 132 children plus nine members of staff killed in the attack.

“I can only imagine what those parents are going through,” Khan told BBC Radio 5 live. “We are very lucky in England, we have good security and I will be able to send my little girl to school and know she will be fine, but in Pakistan you cannot do that. They send the kids outside the house and do not know if they are going to come back. It’s very sad to know that. I’m going to be donating them [the shorts] toward what happened in Pakistan. I want to rebuild the school and strengthen the security over there.”