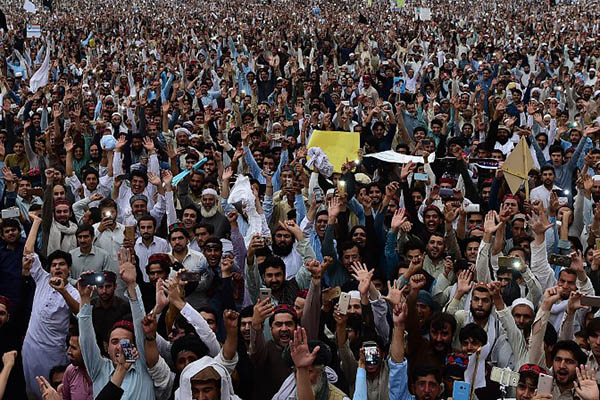 Amnesty International has called for an investigation into the killing of three activists during a deadly clash between Pakistani troops and protesters in a restive tribal region near the Afghan border.

The activists were part of a demonstration organized on Sunday by the Pashtun Tahaffuz Movement (PTM), which has rattled the military since it burst onto the scene early last year with a call to end alleged abuses by security forces against ethnic Pashtuns.

Two members of Parliament were leading the protest when a confrontation broke out at a security checkpoint at Boya, in North Waziristan. “The Pakistan government must immediately order an independent and effective investigation,” said Rabia Mehmood, South Asia Researcher at Amnesty, in a statement on Monday. “If the reports are correct that the army killed protestors by unlawfully using live ammunition, this would be a very serious violation of international law.”

What exactly led to the confrontation remains murky, with the military saying the activists assaulted the checkpoint, while PTM leader Mohsin Dawar—one of the lawmakers at the protest—has alleged security forces fired directly into their group after they passed the post. Lawmakers of the ruling Pakistan Tehreek-e-Insaf, meanwhile, have maintained that the soldiers only opened fire after some of their personnel were injured by the protesters.

The incident follows months of rising tensions between the two sides, with the military publicly and repeatedly warning PTM leaders to end their criticism of the country’s armed forces. The PTM has unleashed festering anger over abuses allegedly committed against Pashtuns, including enforced disappearances and targeted killings.

Pashtuns account for roughly 15 percent of Pakistan’s population, with a majority based in the northwest, and a significant presence in Karachi.

Sunday’s incident occurred in North Waziristan, where the movement is believed to draw much of its support. The area was once plagued by militancy, and Washington pressured Pakistan for years to act against Islamist groups based there. The Army has carried out multiple operations in North Waziristan and other tribal regions, and security—both there and across Pakistan—has dramatically improved in recent years.

However, the PTM claims the operations came at a heavy price because of the alleged abuses.