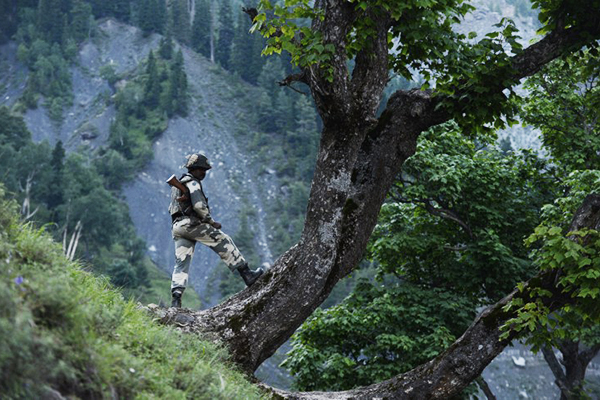 The rights group said New Delhi had refused to prosecute any soldiers accused by local police of rights abuses in the region since the draconian law was introduced in 1990. “This lack of accountability has in turn facilitated other serious abuses,” said Minar Pimple, Amnesty’s senior director of global operations.

The London-based group released a report on the 25th anniversary of the introduction of the Armed Forces Special Powers Act (AFSPA) in insurgency-hit Indian Kashmir. The emergency law gives thousands of soldiers and paramilitary forces sweeping powers to shoot-on-sight, detain suspects without trial, and seize property. Successive governments and the Army have staunchly resisted calls for repeal of the law, arguing it is needed to quell insurgencies and track down militants. But Amnesty and other groups have repeatedly said the law, also in force in India’s restive and remote northeast, was breeding further violence and alienation.

The report includes interviews with families whose relatives have allegedly been killed, sexually assaulted or tortured by soldiers and is based in part on the examination of court, police and other official records.

“I have lost faith in police and the courts, but I have faith in Allah,” said Munawara Sultana, 43, who has been fighting for justice since 1993 when her husband was killed during a search by paramilitaries in Srinagar.

Police were reluctant to file cases against soldiers accused of wrongdoing, and the Army was unwilling to cooperate even if police did decide to investigate, the report said.

Since 1990 the government has not agreed to any of the 44 requests from local authorities to prosecute accused troops, a requirement under AFSPA, it said.

Although the Army has declared “zero tolerance” for abuses, it has dismissed as “false or baseless” 96 percent of the more than 1,500 complaints of military wrongdoing between 1993 and 2011, the report said.