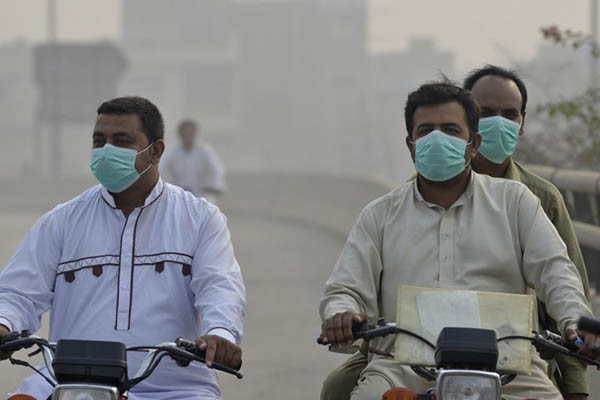 Amnesty International on Friday issued an ‘Urgent Action’ call against hazardous smog in the capital of Pakistan’s Punjab province, warning the toxic haze poses a risk to the health of every person in the city.

The rights watchdog said it had taken the unprecedented step to encourage supporters globally to “write to the Pakistani authorities to tell them to stop downplaying the crisis and take urgent action to protect people’s health and lives.”

In a statement announcing the move, Amnesty noted that the air quality in Lahore, a city of some 10 million, had been classified as ‘hazardous’ for around half of this month alone, even forcing the closure of schools for three days so far. A citizen-led effort that collates data on air quality, it noted, had reported that the city had not witnessed a single day of ‘healthy’ air this year, with Air Quality Index (AQI) levels consistently crossing 100, if not being much worse.

There is clear evidence of the harmful effects of hazardous air, notes Amnesty, with multiple, independent reports showing “prolonged or heavy exposure to hazardous air can result in severe health issues including asthma, lung damage, bronchial infections, heart problems and shortened life expectancy.” It notes that the annual “smog season” between October and February that has become a regular fixture in the lives of residents of Lahore is brought about due to poor fuel quality, uncontrolled emissions and crop burning producing toxins that become trapped due to weather patterns that prevent warm air from rising.

According to a 2015 report published by U.K. medical journal Lancet, it adds, more than 310,000 people die each year in Pakistan because of poor air quality.

The non-governmental organization said health is a key human right and is recognized as such in “numerous international treaties that Pakistan has ratified,” and the government’s failure to ensure it would amount to a human rights violation. The segments of society most at risk, it adds, such as low-income laborers, construction workers and farmhands, are also the same ones that lack easy access to affordable health care that can mitigate the effects of breathing in hazardous air.