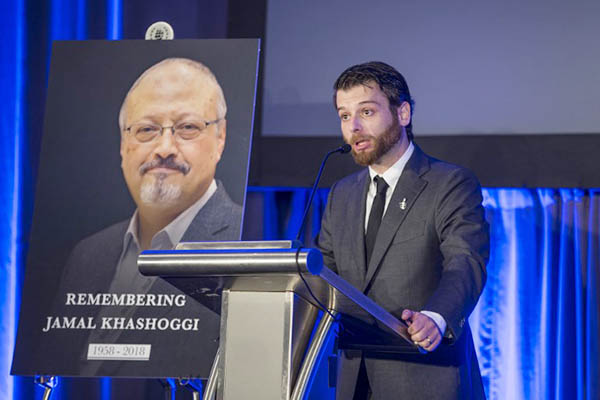 Amnesty International called Friday on United Nations member states to hold Saudi Arabia to account for human rights abuses in Yemen and at home amid pressure over the murder of critic Jamal Khashoggi.

The U.N. Human Rights Council will on Monday hold its first universal review of Saudi Arabia since 2014 as Riyadh grapples with the fallout from the killing of journalist Khashoggi in its Istanbul consulate last month. “U.N. member states must end their deafening silence on Saudi Arabia and do their duty of scrutinizing the cruelty in the kingdom in order to prevent further outrageous human rights violations in the country and in Yemen,” Samah Hadid, Amnesty International’s Middle East director of campaigns, said in a statement. “The Saudi government’s long-standing repression of critics, exemplified by the extrajudicial execution of journalist Jamal Khashoggi last month, has until recently been willfully ignored.”

Saudi Arabia has since 2015 headed a coalition battling Houthi rebels in war-torn Yemen on the side of the internationally recognized government.

The Saudi-led military campaign has drawn criticism from the U.N. over widespread civilian casualties, and helped push Yemen to the brink of famine.

Riyadh in September slammed a critical U.N. rights mission report on Yemen as inaccurate in a move Human Rights Watch said was aimed at shutting down investigations.

Saudi authorities have also come under scrutiny for alleged domestic rights violations as Crown Prince Mohammed bin Salman has tightened his grip over the oil-rich country. Despite a high-profile modernization drive aimed at improving Saudi Arabia’s image and attracting foreign investment, rights groups have detailed a crackdown on activists, increase in executions and discrimination against the Shia minority.