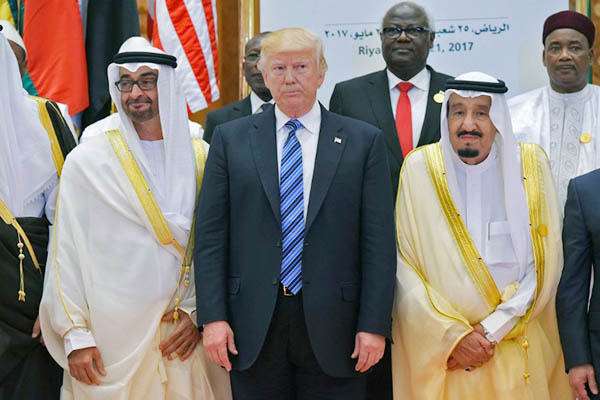 Exacerbating the sectarian fissures in the Islamic world

Since last month’s U.S.-Arab-Islamic Summit in Saudi Arabia—with U.S. President Donald Trump as chief guest—many analysts are trying to compare the gathering to the North Atlantic Treaty Organization (NATO) that united Europe and America against the Soviet Union and forced its breakup. Of course, the villain for an Arab NATO would be Iran. The United States under Trump has turned away from its recent policy of “normalizing” with Tehran in return for its nuclear restraint. Will the Arabs get together under the flag of an “Arab NATO” aimed at humbling Iran?

Comparing the currently positioned Islamic world with NATO would be a bit of a stretch because the intellectual underpinning of the West against communism is not present. Can the Arabs get together against Iran? Perhaps initially, but Saudi Arabia cannot be compared to the global supremacy of the U.S. at the onset of NATO. Also, the Arab states are simply not comparable to the highly evolved states of Europe with developed military-industrial complexes. Although ideologically united, the Sunni Arabs are only superficially on the same page.

Although the Iraqi “Shia” leader was invited to the summit, the anti-Shia consensus pleased King Salman and President Trump. Probed a little, the Arabs have their differences over the fallout of the Arab Spring. Maverick Qatar refused to break with Tehran as its economic backbone, the Gulf gas, is shared with Iran. Doha actually sent a friendly message to Teheran on the reelection of President Rouhani when President Trump was badmouthing Iran in Saudi Arabia and the opinion in Pakistan was slanting away from the summit. Qatar is paying the price for its ‘neutrality’ with its recently announced ouster from a Gulf military coalition and the cutting of diplomatic ties between it and many Gulf states and Egypt.

The Arabs disagree among themselves over Yemen and Syria, and quarrel over the Muslim Brotherhood in Egypt, and Hamas in Palestine, while the market states of the Gulf with no armies to think of are unwilling to take on a much larger Iran. The summit will simply exacerbate the sectarian fissure of Islam.