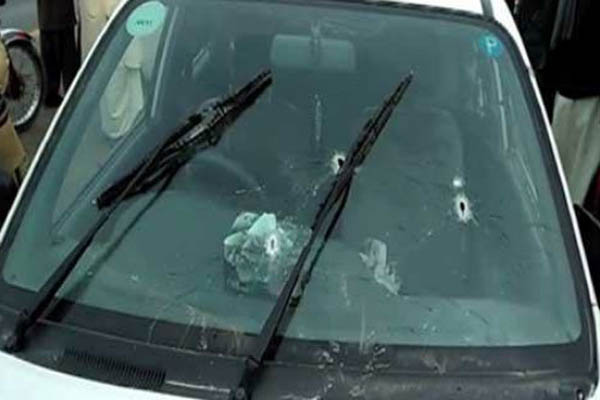 The tragic incident in Sahiwal provides an opportunity to revisit the rules of engagement, training and handling ops in the field

Punjab law minister, Raja Basharat, conceded in a presser on Sunday that the Counter-Terrorism Department (CTD)’s team which killed Khalil, his wife Nabeela and their daughter in an operation on Saturday, was actually supposed to target Zeeshan, a family friend and neighbor of Khalil. According to the minister, Zeeshan had links with Daesh, a proscribed terrorist organization.

Basharat said the CTD team did not want to “directly” harm the other occupants of the car. They became “collateral damage” of the operation, a phrase generally derided for obscuring the killing of those who should not have been killed.

The minister also said that a joint investigation team (JIT) has been asked to look into the incident and present its findings to the Punjab government within 72 hours. Simultaneously, a first information report has been registered at the family’s request and the team members taken into custody.

The operation was conducted on the Lahore-Multan motorway, near Qadirabad. The CTD’s initial press releases had originally reported the killing of four ‘terrorists’ and recovery of weapons and explosives. However, the operation became controversial when videos emerged on social media indicating that the ‘terrorists’ also included a woman and a 13-year-old girl. Witnesses contradicted the CTD’s account of the operation and another video showed three other children of the deceased couple, including a boy, whose account of the shoot-out gave a different story.

While the JIT report will finally determine the facts, it appears for now that (1) internal communication has found gaps in the CTD story; and, (2) someone has decided that the best political option is to come partially clean and admit that the operation went south and sideways. It’s still not the full story. But the rest will come out.

It also seems that the CTD bosses agree with this political assessment, given the many twists and turns in their official versions, including most notably the claim that CTD had managed in a follow-up operation to track down three more accomplices of Zeeshan’s to Gujranwala, who had then detonated the IED belts strapped to their bodies.

No independent account has determined that there were three suicide explosions in that area. And unless the three had managed to find a spot so isolated as to be able to explode themselves outside the earshot of Gujranwala’s entire population—that too while the CTD was hot on their heels—the story is likely to be utter poppycock.

This is surprising because the Punjab CTD is headed by a professional officer. The Department has done some impressive CT work in the past, conducting intelligence operations and capturing and killing many terrorists. It has also been efficient in its intelligence/policing work, the essential base on which operations in the field are grounded. This particular operation threatens to undo the Department’s achievements and it is important to put things in perspective. Consider.

There are two levels at which to deconstruct this: how was this operation conducted and, “collateral damage” aside, what’s the reality of Zeeshan’s status as a Daesh terrorist? Both questions have sub-questions.

Firstly, by some accounts, the operation was a joint op by CTD and the Counter-Terrorism Wing (CTW) of the Inter-Services Intelligence. The CTD’s own press release, the second one penned in English, mentions this. In which case, the first question would be, which was the lead agency in this operation?

The question is important because field operations come at the tail-end of a long process of intelligence gathering, collation and analysis. Did the CTW do that process and involve the CTD in the operational phase? If so, this would not be the first instance of the ISI involving CTD and Elite teams for field operations. Such cooperation is common and necessary.

However, this also means that the credibility or otherwise of the intelligence, its collation and its analysis would be the responsibility of the lead agency, whoever was providing the intel. If a mistake was made, it began with the intel itself.

It doesn’t require understanding of operations for any sensible mind to figure out that more important than the finger that squeezes the trigger is the man who orders the shot. Who was that man? If there’s one thing we know about bureaucracy and organizational hierarchy, it is this: the further down the food chain one is, the higher the chance that he will be thrown under the bus when something gets botched.

That said, the commander on the ground is the most important person. The standard is simple: he decides what to do, whether to engage or abort. He is like the pilot: regardless of who is onboard, it’s the pilot who decides, or should decide, whether the conditions are conducive to flying. His is the final word because he is the specialist.

Equally, in special units, personnel cannot act according to strict hierarchy. They are specialists precisely for that reason. A commander’s judgment can, up to a point, be challenged. The operational environment in which special units operate is invariably tricky and requires thinking on one’s feet and making constant judgment calls, often not in line with the original plans.

The Punjab law minister in his presser talked about a CTD aborted raid on a house to which Zeeshan had been surveilled. However, he said that the raid was called off because the house was located in a populated, civilian area and a firefight could have put many civilians in harm’s way.

On the face of it, and going by this information, it seems like a good call. The minister also said there were arms and explosives in the house. We do not know how the raiding party knew that (unless they had physically identified such material being taken into the house and cached there). If the latter scenario is correct, that raises its own questions with reference to where the lethal material was coming from, why could it not be intercepted en route, how it was identified et cetera.

Having seen the Elite train, I am not very confident of their ability to perform a clean op. Let me explain: training specialized units is not just about making them physically tough or familiarizing the personnel with weapons handling and shooting straight. It’s about creating a fighter who can use his mind, innovate, and harness and exploit his other skill sets. If proper training were only about stripping and assembling Glocks and SMGs, shoulder-rolling and firing, teaching a few vehicle interception drills, rappelling, room clearing etc, countries would be producing special and specialized units on an industrial scale. If they can’t, that’s because all this is just baseline skill and the rest requires tier-one trainers, a grueling selection process and high rates of attrition.

The Elite has no training beyond the basic template. Also, given the kind of rank structure, levels of education of those who are actually required to fight, and the police hierarchy, it would be rather miraculous to come across someone who could be an exception to this trend.

Corollary: we can be sure that the team sent to intercept the car could do no better than putting the fire-selector of their SMGs on rapid and shooting.

Here’s why: we are told the car was being surveilled. At some point it was also being tailed. We have no idea if a diversion was created ahead or the road blocked. We are also told, post-botch-up, that the car had tinted glasses and those who were to engage the car had no idea about who was sitting in the back. That itself breaks a cardinal rule: the party did not have eyes inside the target vehicle and did not bother to identify the occupants or determine their numbers.

That, as should be obvious, is a surefire recipe for a non-clean, no-prisoners-to-be-taken operation. The story about the car being flagged down (we do not know how that was done) and the occupants starting to shoot is fantastic and, once again, straight from the police encounter baloney book. By all indications, the police had no plan B. Reason: the intent was simple: go in guns blazing, kill and declare that another batch of terrorists has been sent to the Maker.

The problem is that this is also, increasingly, the general idea of a “clean” op. But for a supposedly special unit to act as the cavalry instead of as a precision force is to put a whole new definition on special forces ops.

There are times when one has to use violence. But there must be constant assessment of whether use of force is translating into utility of force. It might, up until a point. Beyond that it could, and often does, result in diminishing returns. When we began in 2014, a case could be made in favor of degrading and disrupting the networks. But to make it a trend is to perpetrate violence for the heck of it and that is fallacious, dangerous and counter-productive.

The tragic incident provides the opportunity to revisit the rules of engagement, training and handling ops in the field. Whether some lessons will be learned is of course another debate.