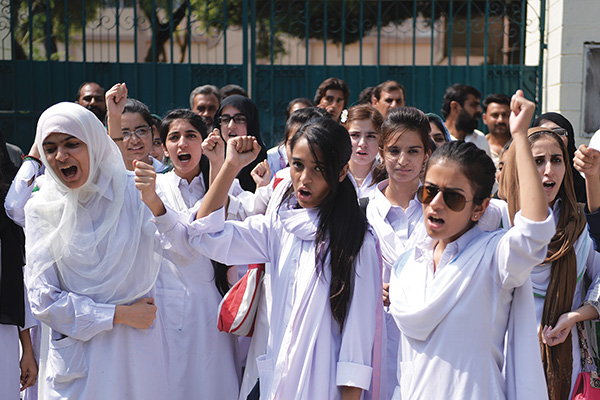 It’s been a long summer break for at least 16 schools in Islamabad. The government had blamed the “security threat” from the ongoing protests led by Imran Khan and Tahir-ul-Qadri as the cause for the delay in the reopening these schools. But this was only partially true. Since mid-August, the government has used the schools to lodge about 30,000 police and paramilitary personnel who are in the capital to contain the protests. On Sept. 19, the Islamabad High Court sternly ordered the administration to relocate security personnel and reopen the schools. Most were reopened within three days, but the out-of-towners refused to vacate the rest. On Sept. 24, dozens of students protested against the continuing police occupation. When this didn’t work, some of them promptly “enrolled” at Qadri’s makeshift “Inqilab School,” set up for the children of those camping out at the cleric’s sit-in. This will only enrage the court, and turn into an expensive education for the city administration.